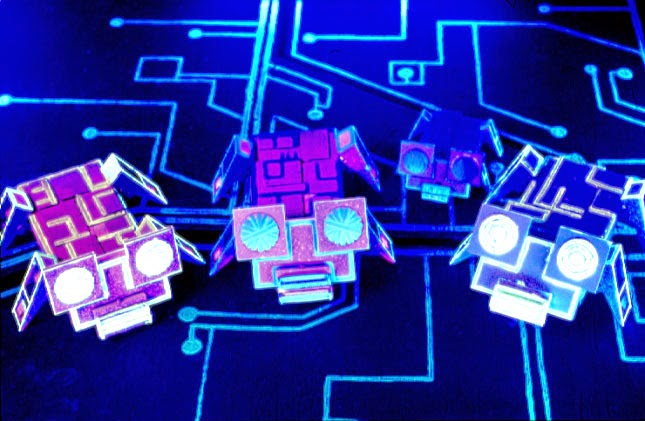 The distinguished JASON group of anonymous scientists and academics that provides consulting services to the U.S. government on matters of defense science and technology, just published a sequel to the 2013 best seller, “A Robust Health Data Infrastructure”. The new report is titled “Data for Individual Health”, and it has two purposes. The first and foremost purpose is to backtrack on the searing criticism leveled at government efforts to promote health information technology, which evoked much angst and indignation earlier this year. The second purpose is to expound upon the exact nature of personal data required to feed the robust infrastructure laid out in the first JASON report, complete with illustrations and examples of breakthrough benefits to humanity, such as helping city planners design bicycle paths. Yes, bicycle paths. And if you didn’t know that the number one health care problem in this country is the layout of bicycle paths, then you are a Luddite, and luckily your generation will soon be dead.

After dutifully observing that only a tiny percentage of Americans use medical services of any kind, JASON is informing us that the government agencies that funded its work “specifically” asked the group “to address how to bridge, on the national scale, to a system focused on health of individuals rather than care of individuals” [italics in the original]. It seems that the overdetermined triple aim of health care reform, better health for populations, better care for individuals, at lower per capita costs, is finally being reformulated into a solvable optimization problem by removing the unprofitable constraints on caring for the sick.

As was the case with the previous JASON report, the group was briefed by a diverse array of researchers and technology experts, including the great new hope of health, our most beloved, innovative, tax evading, and slave labor supported, Apple Inc. The content of briefing sessions is not available to mere mortals, but one in particular is rather enlightening in its title: “Disrupting the Status Quo: Putting Healthy People First”. Never since the dawn of medicine, from Hippocrates, to Florence Nightingale, to Mother Teresa and today’s Doctors Without Borders, have we experienced greater disruption in the status quo.

Similar to the first JASON report, the second offering is chockfull of technical recommendations for the “collection, assimilation, and exchange” of quantifiable “data streams” emanating from living things, whether in traditional medical surroundings or as people go about living their healthy lives. There is nothing earth shattering in the JASON findings or recommendations, but some finer points may be worth mentioning anyway.

Phenotypes – After providing us with a crash course in genomic sequencing and the workings of RNA and other protein molecules in the first report, JASON argued that the “biomedical research community will be a major consumer of data from an interoperable health data infrastructure”, hence the government “should solicit input from the biomedical research community to ensure that the health data infrastructure meets the needs of researchers”. In the second installment, JASON is reiterating its obviously very strong interest in genotype-phenotype relationships and their assimilation into the IT system they are recommending we build. Luckily, some of the JASON briefers happened to hail from academic centers renowned for grant funded genomic research in general, and efforts to “develop algorithms and methods to convert EHR data into meaningful phenotypes” in particular.

In Vivo – I have to admit that compared to run of the mill interoperability papers, which deal with unconscious patients in the ER, or people irritated by having to fill out paper forms, the JASON report is much more interesting. Here is another supercool futuristic development that we absolutely must consider when creating an IT infrastructure to collect data for health related research, which is essentially the main concern of the JASON group. It seems that the Defense Advanced Research Projects Agency (DARPA) is working on in vivo nanoplatforms. Something about “ultra-small scaffolds inserted directly into the body” and “fluorescent nanospheres that are functionalized to detect biomarkers of interest”. The purpose seems to be “continuous physiological monitoring for the warfighter”. We do of course want to support our troops, so these cute little nanites must also be part of our robust health data infrastructure.

FHIR – In this report JASON is taking an unequivocal stand behind a new HL7 standard for clinical information exchange, the Fast Healthcare Interoperability Resources (FHIR), which is actually pretty neat, and has been in development for approximately three years. FHIR is envisioned as a replacement for the C-CDA, which replaced the CCD, which replaced the CCR, which replaced an array of HL7 2.x messages. JASON is recommending that government “policies should make it advantageous for one or more leading EHR vendors to be the first to propose such standards”. Lo and behold, two days after the JASON report was published, a group of leading vendors and institutions, several of which briefed JASON, and some who are helping the government implement JASON’s recommendation, launched the Argonaut Project for precisely this “advantageous” purpose.

FDA – For some reason the JASON report is engaging in a lengthy and strangely passionate litigation of the 23andMe (a DNA analysis service) tiff with the Food and Drug Administration (FDA) from a year or so ago, concluding with a recommendation that the FDA should take a “more nuanced approach” to its regulation of apps that could be construed as “practicing medicine”. The FDA regulatory authority over medical software has been in the crosshairs of corporate lobbyists (tech, pharma, telecom, etc.) for a couple of years now, with a variety of bipartisan deregulation bills introduced, or almost introduced, unsuccessfully in Congress. Coincidentally, two days after the publication of the JASON report, Senators Bennet (D-CO) and Hatch (R-UT) introduced the MEDTECH Act, the most serious attempt so far to restrain the FDA’s regulatory abilities.

Non-profits – JASON is recommending that non-profit organizations, either those that are disease specific or general in nature, “should be encouraged to assess their goals with respect to health data streams, and to provide “stamps of approval” for applications (apps) and other consumer tools”. In other words non-profit organizations should leverage the trust of their communities to monetize their members’ health data. JASON also recommends that private foundations should help the government by creating cash prizes to entice entire communities into participation in data wellness games. This is brilliant thinking, which leads me to hypothesize that at least one of the JASON members must be a Nobel laureate in marketing.

In this era of “transparency”, where every dollar from every pharmaceutical company or government agency, paid to every doctor and hospital, comes under relentless public scrutiny, why should JASON be exempt? Shouldn’t the JASON reports be accompanied by full disclosures of conflict of interest, both for JASON members and the various briefers whose pet projects populate every page of every report? Where is the media when a group of secretive researchers and private corporations are steering almost 20% of our economy towards endeavors immediately beneficial first and foremost to themselves?

When you read the JASON reports back to back, you are left with the impression that the group’s overarching goal is to create an international distributed repository of genetic materials tied to individual, environmental, behavioral and disease specific manifestations for all people on this planet. There is no doubt in my mind that a structure of this type and magnitude can facilitate an infinite number of perhaps beneficial research projects, and maybe even an IPO here and there. But if taxpayers are expected to fund the infrastructure for such expansive research, shouldn’t they be asked, or at the very least clearly informed?

And why rob the President of the United States of a legacy-defining “We choose to go to the moon” speech? It could go something like this: My fellow Americans, by 2025 every American will have his or her DNA collected and catalogued, and by 2025 every movement and every breath of every American man woman and child will be associated with their genomic sample, launching the grandest experiment in the history of mankind. From the ashes of the Great American Experiment, we will bring you more than freedom, more than liberty and more than a futile pursuit of happiness. We will bring you, Health. Download it for free from iTunes today.

In 1802, Thomas Jefferson wrote in a letter to David Hall: “We have no interests nor passions different from those of our fellow citizens. We have the same object: the success of representative government. Nor are we acting for ourselves alone, but for the whole human race. The event of our experiment is to show whether man can be trusted with self-government. The eyes of suffering humanity are fixed on us with anxiety as their only hope, and on such a theatre, for such a cause, we must suppress all smaller passions and local considerations.” Whatever.