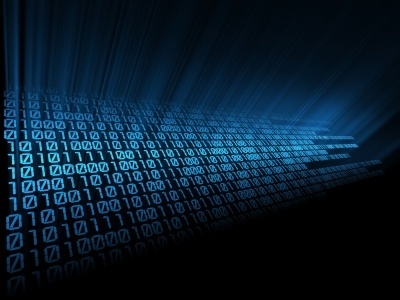 If big data in healthcare is the future for medicine, then ICD-10 is the way to get there. 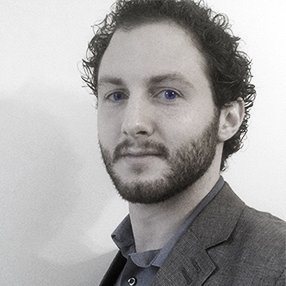 Over the past year, most of the news surrounding the International Classification of Diseases, Tenth Revision (ICD-10) has been either bureaucratic or comical in nature. Last fall, another delay of the new coding system’s implementation deadline was met with a ton of mixed feelings. Most organizations truly weren’t ready. In fact, in a survey of 1300 healthcare professionals, 55% agreed with the decision to delay the transition. In the meantime, we kept the topic interesting by poking fun at some of the most outrageous codes. It was a good time. In all seriousness, though, ICD-10 has major potential in improving the way healthcare is provided.

Forgetting the idea that this coding system is largely designed for better billing, that the cost of conversion may be as high as $226,105, and that providers will eventually be forced to make the switch, let us take a look at the benefits of ICD-10.

Garbage in, garbage out

Although I’m well into my medicine career, I still think of myself as a struggling musician — a guy’s got to dream. Anyway, when recording in a studio, artists know all to well that when it comes to sound, poor-quality equipment will produce poor-quality audio, despite the development of truly impressive recording software. The same goes for medical data. The current coding system, ICD-9, is inflexible and far from comprehensive. “Garbage in” is a great way to describe it.

ICD-10 is an enormous expansion and at first glance seems excessive. Realistically, though, there is a finite amount of actions that a provider or patient can perform — or have happen to them. ICD-9 doesn’t even come close to meeting the descriptive needs of today’s environment. Alarmingly, there isn’t a code for Ebola. ICD-10, on the other hand, has 68,000 codes available for recording any diagnosis we can possibly imagine (plus ~72,000 more for procedures). Yes, it is comical and almost insane that some of the codes exist — see struck by a turtle and injured by a spacecraft — but that’s what being comprehensive is all about. Very often, physicians will conjure up the most unlikely, rare diagnoses for their differentials, but if they aren’t thinking about these “zebras”, they’ll never detect the one-in-a-million disease when it matters.

Ultimately, we are now in the world of “big data”, though very early in this new era. Our computing power is more than enough to adequately record human behavior in vital situations like receiving medical treatment and we need to capitalize on it. If a patient suffers the rarest of occurrences or undergoes an abstract procedure, there should be a code for it. Likewise, when a physician performs a specific procedure, a code should represent it in detail, including any variations. The first leap into big data is collecting it and that needs to be done with precision. Quality in, quality out.

We need to measure it to fix it

Some of the greatest success has been achieved by “going with the gut,” and often that is all a person can reply upon when making a decision. However, if there is a choice between proceeding blindly or having a team of scouts handing you an organized report detailing the outcomes of similar situations, most people will choose the latter. When decision-making is needed, life is simply better with data. If used properly, it can shed light upon complications within our systems that we otherwise would have overlooked. Google goes as far as saying that analyzing data will make us smarter, allowing us to anticipate problems before they occur.

As an example, look at nutrition. From my experience, when asked, many  people will tell you that they “eat a pretty normal diet.” Now, make a decision with that data. Not very helpful, is it? Sure, a quick glance at the person can provide you with an answer like “it looks like it’s working,” but what advice can a physician or nutritionist possibly give without having the necessary details of the person’s diet? The same holds true for the rest of medical practice. Without measuring everything that we are doing in healthcare, improvement of our systems is going to be excessively difficult. A bird’s-eye view will be achieved when every medical organization in the country — eventually the world — is tracking events and outcomes with ICD-10. Only then will we have enough information to begin making the impactful changes needed to mend today’s broken system.

As we finally move into this era of big data, consider the implications on public health and research. If our healthcare system is accurately collecting information about diseases and treatments in the form of codes, access to patient charts wouldn’t even be needed. The data would already be clean and organized, a scientist’s dream. Relationships between outcomes and treatments would quickly be revealed, allowing for optimization. Developing epidemics could be spotted significantly earlier. We will be able to learn in weeks what used to take years.

Adding to the urgency of the situation, the U.S. is the only industrialized nation not using some form of ICD-10 to record morbidity and that is a troubling fact. Yes, ICD10-CM contains over four times as many codes as the World Health Organization’s (WHO) version of ICD-10, but none the less, we don’t to be left behind as a nation.

Last, data overload is a valid concern, but technology will help to “filter the noise” and facilitate the creation of plentiful, pertinent, organized, actionable data (not quite as catchy as “big data”, I know). Physicians will enjoy the luxury of practicing evidence-based medicine while the data unfolds in real-time. The old way of “keeping up with the literature” by reading medical journals each month will become extinct. UpToDate.com, essentially the Wikipedia of medical guidelines, is already leading the way into data-driven medicine.

Big data is the future and for medicine, ICD-10 is the way to get there.

William Rusnak, MD (@RusnakMD) is a resident physician in family medicine, writer, and financial investor. He writes about topics such as healthcare technology, biotechnology, business, and entrepreneurship.

« 41% of Providers Are Not Reimbursed for Telehealth Services
Supply Chain: Can It Help Providers Meet Meaningful Use? »