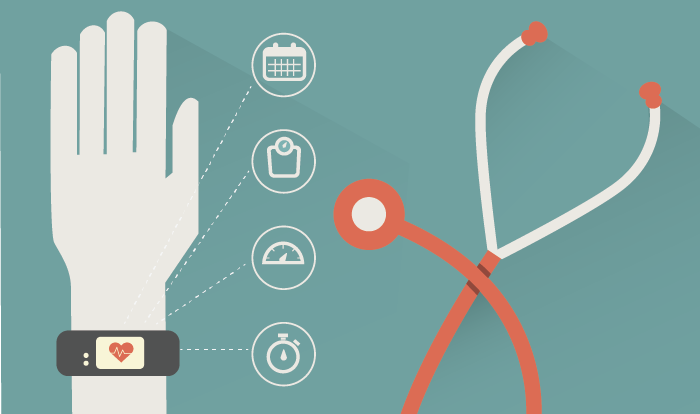 75 percent of adults do not track their weight, diet, or exercise using a health tracking apps or devices, according a new nationwide survey conducted by TechnologyAdvice. The most commonly cited reasons for not tracking fitness or health is:

– no specific reason for not tracking their fitness (43.7 percent)

The report reveals while health tracking apps and devices have created an unprecedented opportunity for the healthcare community to collect valuable data that could greatly impact patient care and health insurance premiums. Adoption rates for such devices remain low in the U.S. adult population.

The report shows that only 25.1 percent of adults are currently using either a fitness tracker or a smartphone app to monitor their health, weight, or exercise. However, the survey also shows that nearly half of those not using such a device would be more likely to use one if it were provided free by their physician or health insurance company.

When it comes to incentives, monetary rewards proved far more influential than improved healthcare. 57 percent of non-trackers said they would be more likely to use health wearables if it saved them money on their health insurance premiums, compared to just 44.3 percent who were more likely to track their fitness if it allowed their physician to offer better healthcare advice.

This data, which reflects the acceptance of similar self-monitoring incentives now being offered by auto insurance providers, suggests that health insurance providers are in a better position to encourage the adoption of health fitness tracking than healthcare providers. However, both would benefit greatly from increased use of fitness tracking devices. Physicians would gain access to accurate, patient-generated data that could improve preventative care strategies, monitor patient outcomes, and analyze overall trends in patient populations. Meanwhile, it would allow health insurance providers to create more accurate risk profiles on individuals while gathering valuable data on risk factors and potential expenditures.

The survey was conducted through a random sample of more than 900 U.S. adults who were asked about their general fitness tracking habits, including 419 who were surveyed on their specific reasons for not using tracking devices or apps.

Want to take your digital health knowledge to the next level? Enroll in a unique and free 5-part email course.  You’ll receive little-known, but vital insights, original research and analysis that’s critical to your success. Click here to learn more and enroll.