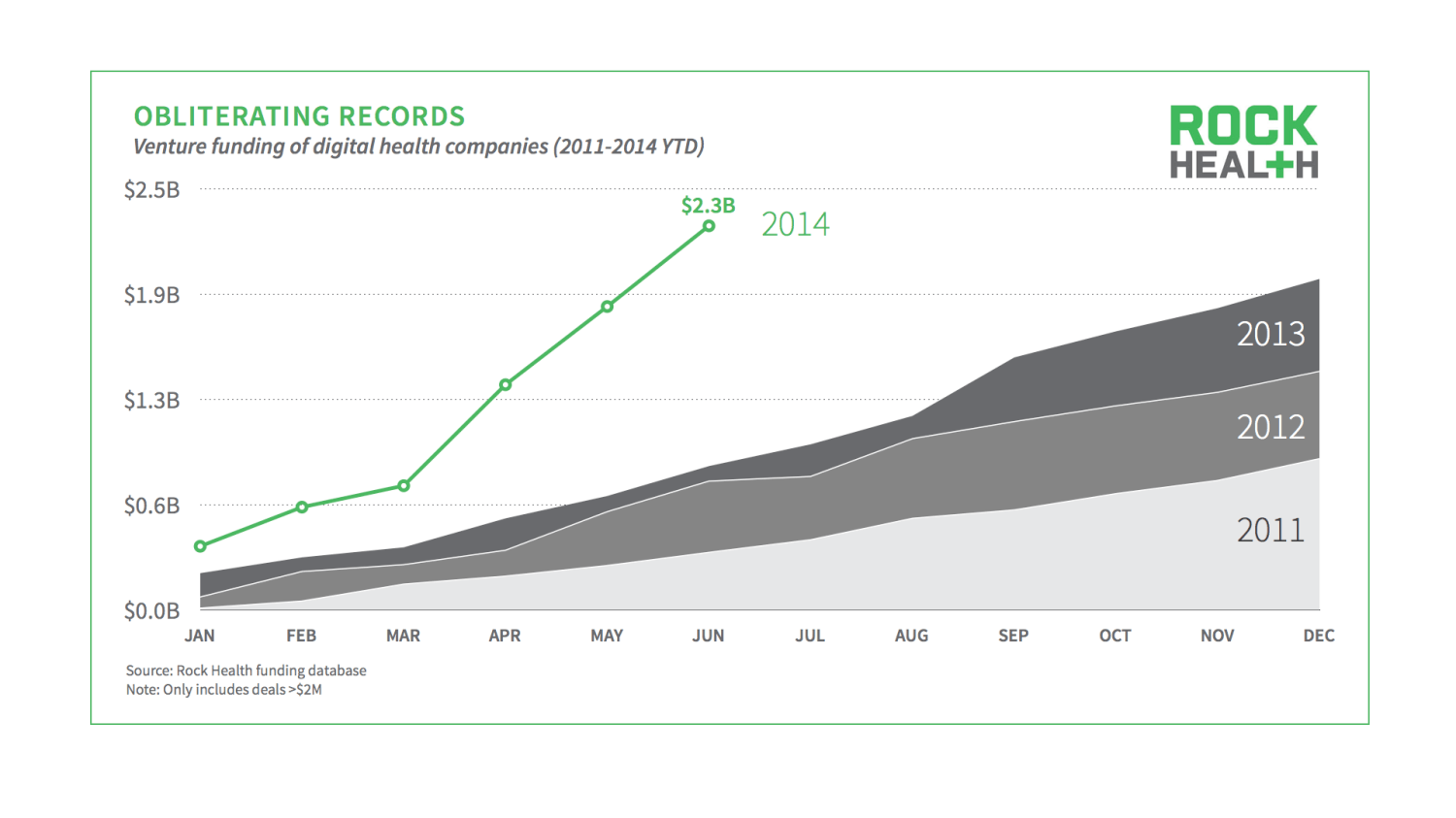 Digital health funding totals $2.3B in the first half of 2014 according to recent 2014 Midyear Digital Health Funding Report by Rock Health.

– Indiegogo remains the most popular crowdfunding platform; however, success rates are down almost 50% versus 2013

The full report can be seen below: