Since the widespread adoption of Electronic Health Records (EHR) systems by most hospitals and a majority of community physicians, the fragmented, siloed nature of a given patient’s health story has become evident. 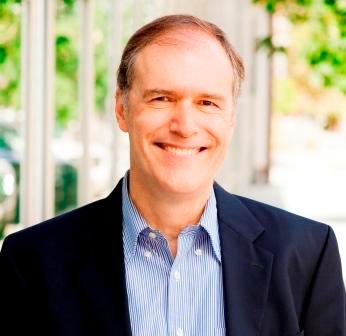 Health data has always been fragmented, particularly before EHRs. Each hospital’s medical records department, and each community physician’s chart rack system maintained separate sets of charts on patients – all on paper, each telling a subset of the patient’s health story. Now, with the shift of health data onto electronic platforms, the overall lay of the land is little changed. Health data is still siloed in the institutions that created them. At least, though, with electronic information, there is now a pathway to linking a person’s story into something more universal and cohesive.

This year, with the implementation of Meaningful Use Stage 2 and the 2014 certification requirements placed on EHR vendors in order to compete in the EHR Incentive (Meaningful Use) arena, there are some key pieces that can go a long way to helping exchange data between institutions. These pieces are in two areas: content and transport method.

The message content that has evolved is the definition of a Consolidated Clinical Document (C-CDA), which is a standardized XML way of creating a clinical document for a given patient that traverses all the visits, historical and current, contained in an EHR system. Meaningful Use 2 requires every vendor to support this standard, so that a C-CDA can be created on-demand – this takes the place of the historical method of copying and faxing a patient’s chart upon request by another practitioner.

The transport method also required of every EHR vendor this year is referred to as the Direct Project. This is, essentially, a standardized secure email messaging method between two places that have established a trust relationship between them. Like with email, any kind of attachment can be added to the message, such as a C-CDA. A Direct email, however, assumes that the recipient knows their own Direct address, and that the sender knows that too. As yet, there are no universal ways of looking up someone’s address in order to send a message to them – this has been discussed in more depth previously.

With these two important pieces now required of every 2014 certified EHR, is this what will break down the barriers between the silos? These are important tools, but they are not the whole answer. There are some myths about health data exchange that need to be addressed in order to better see the way forward.

What I have seen in my own medical community is a behavior that is commonplace around the country: the local hospital makes available a portal to their health IT system, so that community physicians can access whatever they need – emergency department notes, hospital admission and discharge records, lab tests, imaging results, etc. – on demand.

Often, since the hospital knows that the community doc can pull the desired records whenever they are needed, reports are therefore no longer faxed out. There is no “push” of data (which is what faxes accomplished); only “pull.” Of course, the shortcoming here is that there are no alters. The burden is now on the community physician to keep track of any outpatient procedures that have been ordered, in order to pull the results a few days later, and to know somehow that their patient was in the Emergency Department or the hospital. In an era of hospitalists, community primary care physicians may only know of a patient hospitalization after the fact, once the patient initiates a follow up visit after discharge.

That’s the myth: “pull” is not adequate. A “push” alert is needed.

Myth 2: participating in an HIE solves the problem

The notion of a Health Information Exchange (HIE) hub to more easily link everyone together into a single hub has been one approach to connecting the silos. Part of the original 2009 ARRA legislation, which established and funded the Meaningful Use program, also tried to set up regional HIEs, and funded organizations to build such hubs in their geographies. The initial funding of these efforts is now starting to run out, and these organizations are challenged with finding business models to survive, after the federal money runs out.

What has emerged has been that, even though regional public HIEs are struggling to find widespread adoption, local hospital- or health system-sponsored private HIEs are common. Hospitals hope that if they push information out onto their local HIE platform, then everyone else who connects to that platform will be connected. Problem solved. In fact, software could be placed in the HIE to deliver “push” alerts to subscribing physicians when new data (such as Admission / Discharge / Transfer (ADT) notices) are uploaded.

But there are a few obstacles to this approach. One: each participating community physician’s EHR needs to be able to connect and integrate with the HIE, which may involve integration costs. Will physicians pay for this? Can they? Two: these HIEs tend to be centered around the sponsoring health system – a given community might have several such private HIE hubs, each one sponsored by competing health systems. Is anyone going to belong to all of them? At what cost?

That’s the second myth: an HIE might look good from an institutional perspective, but they are not set up to support local community physicians, who may work with multiple hospitals, or none at all.

Let’s say that a hospital has successfully sets up the ability to automatically create notifications of Emergency Department and hospital admission and discharge activity. How does it get to the right physician?

ADT messages and C-CDA messages can be crated – that is a big step forward. These alerts can be sent to the right doctor via their Direct email, if it is known somehow. But how is the patient identified? Absent universal health ID numbers in the U.S., is there an adequate Enterprise Master Patient Index (EMPI) that sender and recipient can use? And which physician should get the message?

Typically, upon admission to an Emergency Department, intake staff will ask the patient (or surrogate) who their doctors are. This is usually manually keyed in. The primary care doctor, perhaps the hospital admitting doctor (who may not have had any previous relationship with the patient until that admission, since it was the admitting doctor “on call”), and maybe other doctors that the patient might identify – these are manually entered. When an ADT message is then automatically generated, and is sent somewhere (perhaps to the local HIE), the assumption is that these are the right doctors. They might not be the ones who have taken care of the patient in the past, and who will resume care after discharge. This is a pain point for hospitals.

That’s the third myth: hospitals might not be in a position to know who the patient’s care team is. Routing their alerts to the right people can be problematic.

How do we move forward?

This year, there is opportunity to connect health data that had not previously existed. Standard messages (C-CDAs), and standard transport methods (Direct) are now in the hands of physicians and hospitals with 2014 certified EHR products.

Further, to encourage better communication, Medicare has set up some new procedure codes (CPT codes) for Transitions of Care. If the patient is contacted within 24 hours of discharge from the hospital, and is seen in the office within 7 or 14 days after discharge, and is not re-admitted in 30 days, then there is a generous Transition of Care CPT code that can be billed. To initiate such a process, an alert – a “push” message – needs to be generated automatically by hospitals, and needs to be routed to the right doctors. In real-time.

This is an immediate pain point that we can address now. Facilitating an easy way for hospitals to send their messages, and being able to deliver the message in real-time to the correct recipient physician (whether they participate in any hospital-sponsored HIE or not) – this is what we are building now. The technology is hard, and involves building a universal patient-centered data layer with rigorous EMPI and trusted message endpoints. This is a tough problem. And absolutely necessary to solve.

« US Healthcare Cloud Market Expected Reach $6.5B by 2018
Welltok Launches Pilot with Aetna To Help Members with Chronic Kidney Disease »