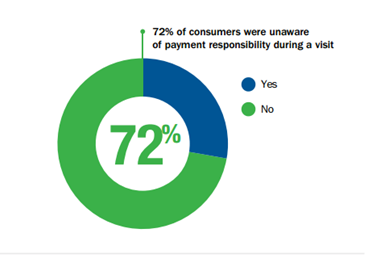 72 percent of patients said that they did not know their payment responsibility during a provider visit, according to a new report by InstaMed. Much of the growth in the healthcare payments industry has spurred from the rise in patient responsibility, as the number of patients enrolled in high-deductible health plans (HDHP) increased nationally to 15.5 million as of January 2013.3 Due to this growth in HDHP enrollment, providers are required to collect more money from their patients, but many providers still rely on paper-based, manual payment collection and posting processes. As a result, providers are spending more money and more time to collect from consumers than in other industries, yet still accumulating a large amount of bad debt. This surge in HDHP enrollment is causing patients to become consumers of healthcare who are sensitive to their healthcare costs

The report, Trends in Healthcare Payments Annual Report: 2013 demonstrates the business drivers for payers and providers and the changes they are making to operate efficiently, focus on the consumer and maintain cash flow. This report also showcases quantitative data processed on the InstaMed Network and features trends based on qualitative data obtained from healthcare providers, payers and patients nationwide.

Other key highlights from this report include:

The increase in the average amount of a patient payment combined with growth in the total number of transactions, demonstrates that patients not only receive more healthcare bills, but these bills are for larger amounts.

Increase in Provider Adoption of ERA/EFT