Google Glass startup Augmedix announced today it has raised $3.5 million in venture funding from DCM and Emergence Capital Partners to rehumanize healthcare through Google Glass. With 36 employees, the startup announced that it will be moving into their own 7,000-square-foot office in San Francisco’s Mid-Market neighborhood.

Founded by Stanford grads CEO Ian Shakil and Chief Product Officer Pelu Tran in 2012, Augmedix — a service powered by Google Glass — reclaims the hours physicians spend on the computer entering or retrieving data from electronic health records and refocuses them on what matters most: patient care.

Augmedix plans to utilize the capital to expand its growing team and scale up its efforts to reach outpatient doctors across the nation. After completing several successful pilot studies, the startup is already generating revenue with a select number of healthcare providers. 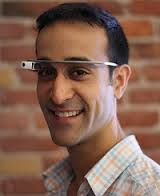 “Doctors spend more than 1/3 of their day on the computer, inputting or retrieving data from electronic health records. The amount of data and documentation is overwhelming. Powered by Google Glass, Augmedix rehumanizes the doctor-patient interaction by delivering patient satisfaction, doctor efficiency, doctor satisfaction and health record quality.  Augmedix reclaims the majority of the time that would otherwise be spent feeding the beast,” said Shakil, referring to the time that doctors spend on the EHR.

“The Augmedix pilots also demonstrated high levels of patient satisfaction with the service. This is a testament to Augmedix’s investment in the patient experience. The company educates each patient about the service and gives each the opportunity to decline if he or she so desires. Patient acceptance and satisfaction has been resoundingly high throughout the country — from San Francisco to rural areas,” “added Shakil.

The startup is a graduate of Rock Health, a San Francisco-based digital health seed fund. Augmedix has established a host of other service partners, including Cooper, Fenwick & West LLP, PLC, Schox, Stanford Venture Studio, and others.

Related: The Possibilities of Google Glass in the Physician Practice