In his dissenting opinion on the health care law, my least favorite Justice, Antonin Scalia, argued that Chief Justice Robert’s opinion stating that the “individual mandate” is simultaneously a tax and not a tax “carries verbal wizardry too far, deep into the forbidden land of the sophists”. Perhaps this is unusual for the legal system in general and the Supreme Court in particular, but in everyday health care conversations verbal wizardry is now the preferred method of communications. However, health care is much more complicated than the law (with deepest apologies to my attorney friends and family), and health care lacks a supreme authoritative source of truth, thus our verbal wizardry cannot be carried out by proclamation alone. Persistence, as they say, is the most important requirement for success, so in health care we are resorting to the tried and true method of repeatedly employing our verbal wizardry in conversation and in writing until it is wizardry no more.

But verbal wizardry is not a random act of confusion. In the Supreme Court opinion, it was most likely a deliberate construct to avoid calamity. In everyday health care discourse, the sustained verbal wizardry seems to serve as a tool for resetting our expectations from a profit driven health care system run amok. When it comes to medical care, most folks have very simple expectations. We want to stay as far away as possible from medical establishments when we feel fine, and we want someone to fix what’s broken when we are sick. It seems that this humble desire is untenable in our current system. It seems that we must frequent health care facilities when we are healthy, but should temper our expectations regarding medical care when afflicted with disease.

And it seems that this is all for our own good, because how would we know that we are fat, out of shape and depressed if the clinical team on duty didn’t educate us about these things. Armed with electronic prescriptions for generic statins and anti-depressants, an armful of personalized education materials and our damn data, we should finally understand what our 48 size jeans and our skinny bank accounts have been trying to tell us all along. Properly medicated and educated we should now take charge of our health. And if we fail somehow and get sick anyway, we should make allowances for this cost-effective and well-meaning new health care system and stop insisting that the doctor fix everything that’s wrong, because health care is about being healthy not about sick care.

Overriding grandma’s advice to eat an apple a day, in favor of regular visits to a job-creator sponsored clinic to assess your current and future productivity, and maybe even check your teeth, is easier said than done. And it is practically impossible to convince folks that demanding sick care beyond certain limitations is unfair, ungrateful and downright immoral. Here is where well-coordinated verbal wizardry comes in handy. There are many linguistic acrobatics in what seems like a perpetual marketing campaign from government officials, semi-officials and all sorts of stakeholders deriving direct and indirect incomes from health services, but the following three terms seem to be at the cold hearted center of it all. 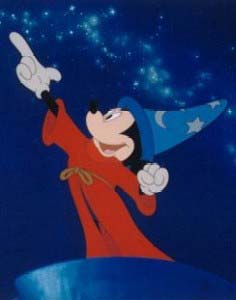 Everybody seems hell bent to put the patient at the center of something they sell, but the term “patient-centered”, coined some thirty years ago (thank you for the reference, Rick) was really limited to describing a preferred style for the doctor-patient interview, where doctors actively solicit patient opinions and input. The study showed that patients were more satisfied and were more likely to take their meds after a patient-centered interview with their family doctor. Twenty-five years later, Dr. Berwick imported the term to the US, giving it a more expansive definition to include “choice in all matters, without exception” for each patient. Since then, the term patient-centered has been prepended to whatever is on the agenda du jour. We have patient-centered legislation from the left,patient-centered market-based health reform from the right and our path to prosperity seems to depend on patient-centered reform. You want your bill to look good? Name it ‘‘Patient Centered Healthcare Savings Act of 2011’’. You want to be elected to public office? Start by promising that “I won’t stop working on patient-centered solutions to our health care crisis”. Seeking funding from the brand new Patient Centered Outcomes Research Institute? All you need to do is “adapt recommender systems frameworks that are widely used by innovative businesses outside of healthcare” to “an adaptive computer system that will assess a patient’s individual perspective, understand the patient’s preferences for health messages, and provide personalized, persuasive health communication relevant to the individual patient” [emphasis added]. Basically as long as you can “identify patient-centered factors” and come up with something that “measures patient-centered constructs”, the funding is yours. To round things up, we now have “patient-centered health insurance”, “patient-centered clinical trials” and everything from health care consumerism to health IT is proudly “patient-centered”.
Like a colorful hefty piñata, the patient finds itself now surrounded by well-wishing guests speaking softly and carrying big sticks. The only end in sight is when the last dime finally drops to the floor and there is nothing left to extract from the patient hanging at the center.

Unless it’s something your mom does for you, the expectation is and always has been that a fee should be paid for work other people do for you. Sometimes you buy services in bulk, such as subscriptions or yearly contracts, but in all cases the fee is calculated, and discounted for volume, based on a preset number of services. Another way to obtain services is to purchase warranties and insurance. In this model there is no preset number of services owed to you and you are paying for the seller to assume your risk, and as you probably know, those contracts are full of caveats and small print, because nobody wants to provide you services worth more than your payment.

Historically doctors were paid a fee (or a chicken) each time they did something for you. They were paid directly by you and later you could buy insurance to pay you back a portion of medical expenses. The latter model is still very much alive in European countries with strict price controls and better and cheaper health care systems. In the US, we decided to leave the fees to insurers and doctors to figure out on their own. For a while, when most hospitals were run by selfless nuns and most insurers were mission driven non-profit organizations, this worked well and we were relieved of all that tedious paperwork. As medical care became more advanced, the increasingly large flow of money between all parties attracted the interest of corporate America. Doctors became “providers” and patients became “consumers”, prices started climbing towards what the market can bear and insurers began looking for ways to minimize what they have to pay out in medical loss. Since there is a limitation on how much risk can be returned to the consumer before insurance becomes meaningless, the next best thing was to discharge some risk to the new “providers”. For that to happen, the small doctor shops that are not financially capable of taking risks, had to go away and the remaining “providers” needed to start selling insurers warranties on their “populations”. Where the doctor was once mostly aligned with patient interests, the “provider” is now mostly aligned with the insurance plan with which it shares the risk. I wonder at what point “providers” will begin referring to their operating costs as “medical loss”.

To achieve this wonderful outcome, insurers (public and private) needed to convince the populations involved that fee-for-service is the source of all evil and that their trusted doctors are not to be trusted anymore. Thus we must stop paying for volume and instead pay for outcomes. It makes perfect sense because all of us know that paying the hair stylist on a fee-for-service basis, for example, leads to an explosion in the number of haircuts and we only pay the salon if most patrons like their haircuts. The fact that fee-for-service is the most common model of health care payment in developed countries, and the fact that small practice is both more efficient and much preferred by patients, and also widely used in countries with better and more cost-effective systems, is largely irrelevant to the business model of America’s health care industry, which is now salivating at the prospect of shared “savings”, i.e. splitting what they manage to accountably squeeze from patients through value-based and patient-centered cuts to quality and utilization.

The final piece in this shell game is to impress upon common folks that in spite of the best patient-centered warranties for our health, there simply isn’t enough money to honor these contracts, and warranties will have to be severely limited. To that end, every self-respecting health economist is somberly announcing that our “resources” are “finite” and sooner or later we will have to responsibly ration medical care (for the poor, of course). Unfortunately, the term “finite” is a mathematically defined term. Only the universe, time itself and God’s wisdom are infinite. All resources on this flying rock are finite. The rock itself is finite and so is the life sustaining energy from its sun. The number of grains of sand on a beach is also finite. The number of cucumbers in your fridge is finite, but that doesn’t mean you don’t have enough cucumbers for a large salad, unless of course your potbelly pig pet is helping himself to a heap of fresh veggies as we speak.

Providing for all medical needs of a finite number of people, with a finite number of organs, who live a finite number of years does not require infinite resources. It does require adequate resources. It may be that almost $3 trillion in “resources” is not adequate to meet the needs of all US residents, although it is a bit unlikely considering that this is double of what other rich and pampered countries spend on their medical care. The explanation to this puzzle is that only a portion of those seemingly lavish resources is going to actual medical care in the US. The rest is going elsewhere, and when our potbelly buddies are done taking their unearned share off the top, we are left with insufficient amounts of cucumbers to make a decent health care salad.

The Verbal Wizardry Dictionary and Thesaurus – Health Care Edition will be available soon at www.verbalwizardry.org

Margalit Gur-Arie is the founder of BizMed, a company devoted to supporting practicing physicians through software and services that simplify the business of medicine. She blogs regularly about healthcare technology on her site: On Health Care Technology where this post first appeared.