Legendary Silicon Valley investor Vinod Khosla, the founder of Khosla Ventures was the keynote speaker at the Health Innovation Summit hosted by digital health seed accelerator Rock Health on August 28th where he says technology will replace 80% of doctors. In the onstage interview with  Wired editor Thomas Goetz, Khosla said that medical tradition has mired doctors in voodoo-like practices stating eventually we won’t need doctors and challenged anyone to disagree with him to a stunned audience. A reporter quoted Khosla even stating, [perfect_quotes id=”8195″] Overall, Khosla believes that disruption in healthcare will primarily be driven by entrepreneurs outside the industry instead of specialists within.

You can watch the full Vinod Khosla interview with Thomas Goetz below: 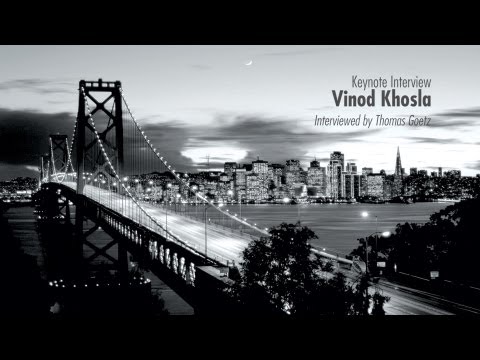 Khosla’s controversial thoughts on healthcare are not new. Earlier this year, he wrote a guest post for TechCrunch entitled, “Do We Need Doctors or Algorithms?” describing how software and mobile technologies can augment and even replace doctors. Vinod Khosla’s keynote drew a flurry of criticisms and responses from a variety of physicians and industry experts including:

Eric Topol responded in an email to MedCity News:
We [Topol and Khosla] are completely aligned on the need for radical transformation of medicine via technology–including digital, genomics, imaging… But we differ on whether this will lead to a massive 80% [replacement] of the physician work force. I believe we have no shortage looming, as so many have projected–because of the great innovations that empower consumers with their own precious data, and the new model of patient-physician partnership will evolve.

Dr. Davis Liu on The Healthcare Blog:
Perhaps Khosla’s call to action was simply an entrepreneurial mindset, but simply ignoring those who have chosen a field to improve and save lives and who meet humanity everyday on the front-lines is problematic and dangerous. There are some things that may never be codified or driven into algorthims. Call it a doctor’s experience, intuition, and therapeutic touch and listening. If start-ups can clear the obstacles and restore the timeless doctor-patient relationship and human connection, then perhaps the future of health care is bright after all.

Matt Marshall of Venture Beat:
…the criticism of Khosla’s most recent comments last week is largely knee-jerk in character.  For the most part, the reactions failed to refute Khosla’s main point about the promise of big-data for healthcare… Khosla is simply using hyperbole to get his point across. With the angry reaction, he got the stirring debate he was probably hoping for.

So if there’s any real standoff, it’s hard not to side with Khosla on this one. You’ve got to be an idiot not to see that the system needs serious change.

David Shaywitz on the Forbes Blog:
Like other physicians in the valley (e.g.), I disagree with Khosla’s perspective, or more accurately, I bring a different set of experiences and biases.  Trained as a physician, and working in the medical products industry, it’s perhaps not surprising I view deep experience in healthcare and the complexity of the healthcare system as enormously enabling.

Danny Lieberman on the HealthWorks Collective:

Khosla is a VC hyping his portfolio companies. The time to exit might be as much as 10 years and that requires a lot of hype to keep funding flowing and deals coming. He doesn’t have to actually solve healthcare issues (because truth be told – there is an insanely cheap way to solve Americans’ health issues and that is for people to walk instead of driving and stop eating fried snickers for breakfast) – all he has to do is sell the startup to GE Healthcare and make his numbers.