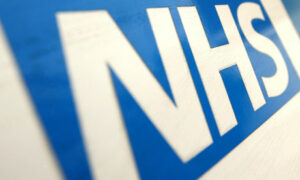 It was earlier this year we saw the outcry by doctors and staff when the new NHS reform was released. An £80 billion budget was awarded to patient care with general practitioners while 20,000 staff members are expected to lose their jobs and 151 primary care trusts are abolished. For doctors around the country this is an unwelcome reform, one that will see them competing on price for NHS resources where before the tariffs were set in stone. This reform has been designed to encourage general practitioners to secure services from private and NHS hospitals, but is it going to work as expected?

The hospitals will become self-governing enabling them to increase the amount of beds they can accommodation and competing directly with private hospitals. This also means they will need medical solicitors to assist them, as they will be their own entities and no longer enjoy the full support they received from the NHS. The biggest downfall we are expected to see is hospitals being forced to close when they get into debt, this is expected to take place in the first two to three years, and those that survive this time will likely succeed. It has been stated that the only hospitals that will close are those that patients and general practitioners don’t want to use.

Another drawback is that doctors will not only have to take patient care into consideration, they will be responsible for how much patients pay for treatment, this can result in devastating consequences for many surgeries around the country. You will find more doctors discussing problems with medical healthcare solicitors such as Richard Nelson LLP, law firm based in Nottingham as they juggle their patient care, losses and other daily obstacles which they are expected to face with these drastic changes.

It was announced earlier this month by David Cameron that there have been some changes to the reform as of this month.  The recommendations include that nurses and consultants will be included on the new GP board groups and that there are safeguards being put in place to protect patients against a free for all scenario, thereby protecting the patients interests. The 2013 deadline was already too much to bear, this type of change takes organization and planning, therefore the deadline for 2013 has now been dropped and will proceed when ready, but be aware they are proceeding with this in the belief that it will save billions in the years to come.

The interesting fact is that paying off 20,000 hospital and GP workers will cost the economy millions. They are anticipating hiring outside companies to do the back office work, leaving many workers out of employment and increasing the already demanding unemployment rate we are experiencing in this country at the moment. Doctors will be approaching law firms in various areas for advice on their rights and how this will affect their practices. Doctors can expect these changes to start shaping soon and need to be prepared for what lies ahead.