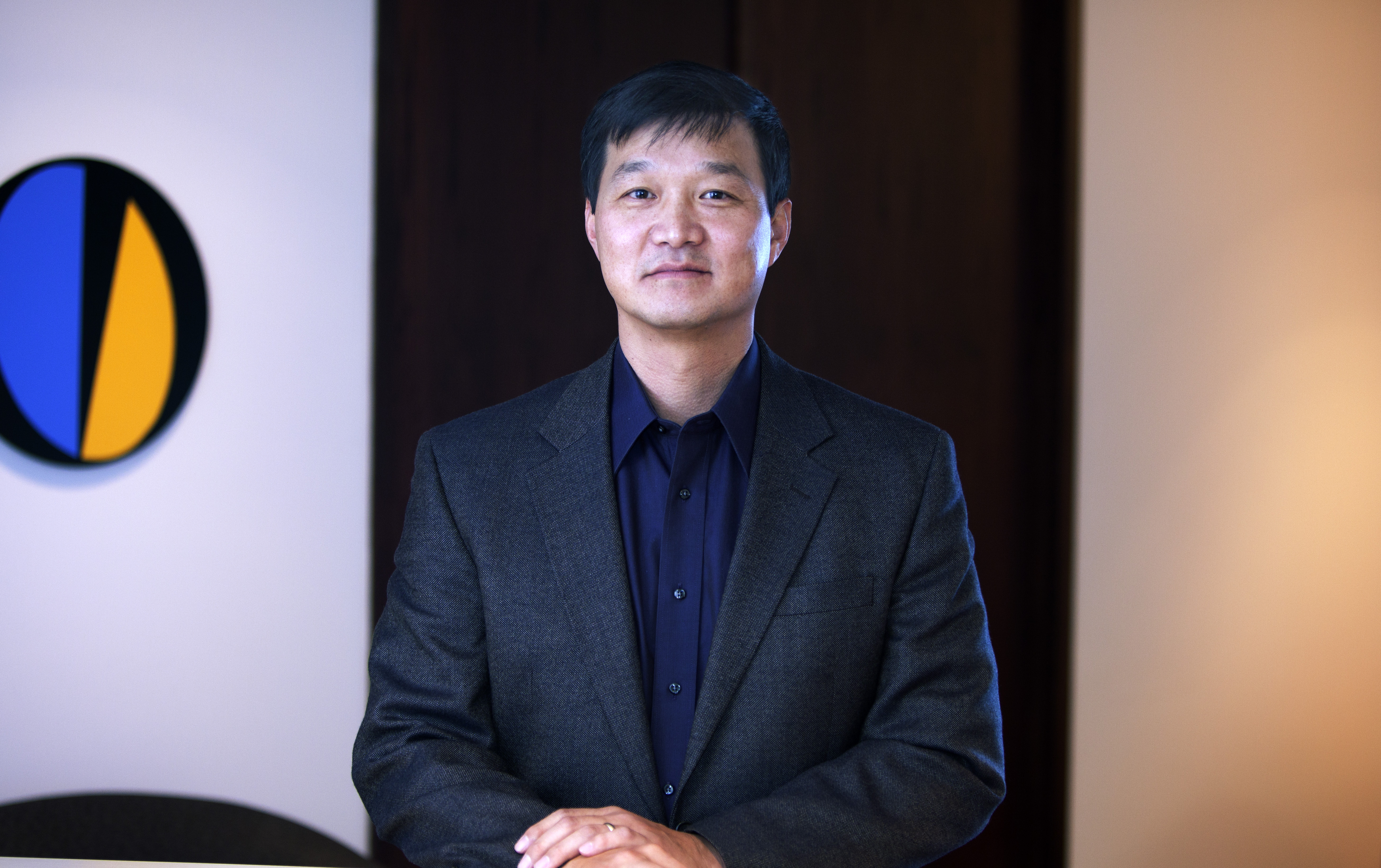 In part 1 of this interview/podcast, HIT Consultant speaks with Dr. Hon Pak , CEO of Diversinet about the following:

HIT Consultant: So, as the newly appointed CEO of Diversinet, can you tell me more about Diversinet’s new strategic direction of powering care coordination through mobility?

Dr. Pak: Sure, so within the last 2-3 months, beginning when I was the interim CEO, I begin to really look at what we had and look at the landscape of healthcare, and what became obvious to me is that healthcare is going through obviously a major transformation. Largely, trying to change the cost curve and much of that cost, what’s increasing our costs and making healthcare unsustainable has to do with chronic disease. In fact, where Medicare data it’s 3 out of 4 dollars that are being spent on chronic or managing chronic disease, much of which is preventable. And I think there is very little debate around how we need to solve that problem, to change the slope or to factor in that 75 percent of the cost, is really through patient-centered care or patient engagement, patient activation that ultimately changes behaviors — whether it’s medication compliance, or just, you know, making visits, doing preventative care or just doing routine things that we just don’t even think about. There is clear evidence, whether it’s from Geisinger or Kaiser, that doing that type of care coordination makes a huge impact, not only in the outcomes, but also for the cost curve. So we, as a team, began to look at what we had and ask the question: “How do we impact that cost curve or care coordination?” Then it became fairly clear that mobility is really part of the solution for that last mile that enables patient engagement. And so, when we started thinking about that last mile, patient engagement, which is necessary for patient activation, we realized that the security implications and the privacy issues along with being able to provision a secure mobile application across multiple devices were quite challenging to the industry — partly why there hasn’t been wide adoption. And so our technology really is well positioned to connect and protect that last mile, and provisioning and having a care coordination engine allows healthcare organizations to now really leverage our tool to begin to engage patients in ways that have not been possible. And so, that’s really where our tagline comes in terms of powering care coordination through mobility.

HIT Consultant: Can you tell me more about Diversinet’s role in supporting the expansion of the Army’s mCare telehealth program that you guys were heavily involved in?

Dr. Pak: Those are separate things. But anyway, so the Army’s mCare program, as you may recall or for those that do not know, is a program to really do care coordination or case management of those soldiers who have returned from the war and have mild to moderate conditions such as traumatic brain injury or PTSD or other types of issues that require case managers to track and monitor and engage with the soldiers that have returned back home that are scattered throughout the United States. And Diversinet really provides that secure platform by which the case managers and the folks that are in the hospitals are able to communicate and again connect and engage with the soldiers/patients that are out there to ensure that they’re taking their medications on time, that they’re going to their appointments as scheduled. In addition to just engaging with them and seeing how they’re doing, with their families, how they’re feeling – for example, whether they’re feeling depressed. Data from that study is going to be published here in the next month or so, so we’re pretty excited because we’ve seen some glimpses of the preliminary data. We are essentially the engine that powers the mCare platform. The other thing that I would add is that they are expanding; the Army has a plan to take what they’re doing with the platform and expand it for patient-centered medical home. And I don’t to what degree you know about patient-centered medical home, but it’s a program that really changes the business model to a more, or I should say from provider-centered healthcare to patient- centered healthcare. What I mean by that is it’s more proactive engagement of the patients that’s team-based, with the nurses and the staff engaged as a team, rather than episodic care, which is still somewhat more prevalent.  [With episodic care] we wait for the patients to come in when they are sick and we do the best we can and we do some preventive care, giving shots and so forth, instead of taking a more proactive engagement around populations and health. And so that’s where we’re looking to take mobility and really try to enable patient-centered medical care because fundamental to patient-centered medical home, like accountable care, is really all about shifting toward care that is more proactive and patient-centered.

HIT Consultant: Right. Now outside the military, how do we make those steps toward that?

Dr. Pak: So, I think that the last year has been a very interesting year because of these incentives with HITECH, with the changes, the Accountable Care Act, along with a number of other regulations or policies that have been pushed forth. There’s clearly a mandate for healthcare organizations to now have to go on that journey toward that patient-centered care. So I believe there are forces both in terms of incentivization and disincentives starting in 2015, especially if you’re talking about Meaningful Use, in which healthcare organizations that don’t do patient-centered care and don’t have outcome-based care are going to be penalized. And so I believe there’s movement afoot, but obviously the challenge right now is that largely the incentives or how the healthcare organizations and providers are being reimbursed is through the traditional means of per volume or per episode. And so until that fundamentally changes, I don’t think we’ll get the massive adoption, but I’m beginning to see fairly significant changes in how healthcare organizations are looking and investing. And so I believe that that’s naturally going to happen. Now how quickly it’s going to happen and so forth is obviously up for debate, but I believe that people are now understanding, based on the new Meaningful Use stage 2 and a number of other things that are coming out, the engagement that is necessary, the role that mobility is going to play and the role that Diversinet will play in that now becomes a significant opportunity.

HIT Consultant: Now mobility has been recognized as one of the key drivers for Meaningful Use. What is Diversinet’s role in assisting healthcare organizations to achieve Meaningful Use?

Dr. Pak: Sure. Obviously, with Meaningful Use, if you look at the various objectives and measures, there are things like patient reminders, timely electronic access to health information, patient-specific education, summary of care, but in the new proposed stage 2 regulation, it’s clear that the patients must have or be given the opportunity to kind of view and transmit their medical records online. And so now with the new requirements or at least proposed requirements and the requirements from stage 1 Meaningful Use, it’s clear that mobility, like you said, is fairly significant in the role it will play. I believe that Diversinet — given the integrated security, the secure messaging, the configure once-deploy many care coordination engine that allows you to configure, using our templates, very quickly the questions and the interactions and setting up the alerts and reminders — really provides the building blocks for organizations to really meet those components of Meaningful Use.

HIT Consultant: Right. So, in December of last year, Diversinet received a mobile security patent that responds to the growing need to secure stored sensitive personal information on mobile devices. Can you tell me more about that patent? Because you guys have a number of patents, actually.

Dr. Pak: Correct. We really have 18 patents that have been approved. And many more that are pending. I think the one that was announced back last year was called “A Method for Binding a Security Element to a Mobile Device.”  And really the patent is for an anti-cloning capability or methodology that prevents thefts of sensitive information on a mobile device. In other words, if you were able to take the software that was downloaded and is being used on one mobile device and someone clones that and tries to use it on another device, this patent protects that because our technology has that anti-cloning capability or technique. But obviously we have many other patents around security and protection of PHI .

HIT Consultant: Now last week, the ONC held a mobile device roundtable discussion on how to safeguard health information. In your opinion what are some of the key challenges and obstacles of mHealth security?

Dr. Pak: Sure. I actually reviewed that after the session occurred, and to me, this is really about two different domains. There are mobile devices at large, for providers that are within the enterprise and their ability and the need to protect those devices, the software and the data that’s inside the device, and then there’s a whole set of consumer devices for which HIPAA is not necessarily relevant or, because they are patients’ devices, doesn’t cover per se. However, the key challenges really have to do with, if we’re going to engage the patients, then the consumer mobile devices really become critical, and obviously, the ability for healthcare organizations to manage the devices becomes really an impossible task, which means that now you have to protect the data and ensure the proper use on the consumer devices. So, I believe, in short, the challenges are the need, our growing need, to store PHI on the consumer devices so that we can do things like decision support or do offline applications because bandwidth is not pervasive everywhere. We also need to worry about apps that collect information. We already know that many of the apps from the Google store or in the iTunes marketplace collect information from the [consumer] devices. And we know that we want to ensure that other applications do not inadvertently or advertently begin to either take the data, sensitive data, from other apps that may be in the devices. And then there’s a whole issue or challenge around the consumer devices being lost, and how do you protect the data once it’s lost; how do you replicate it once you switch the devices. So I believe it really comes down to the security and the protection of information on consumer devices if we are to really get the massive adoption necessary to do patient engagement and connecting and protecting that last mile. That’s where I believe Diversinet’s unique strength comes in because we are able to do that last mile in a connected and protect way.

Part 2 of this interview/podcast will be posted soon.