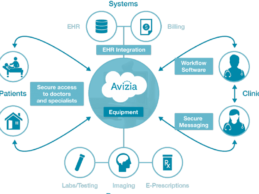 Avizia, an end to end telehealth solution provider has announced the completion of its Series A financing totaling $17 million. The company raised an additional $6 million to supplement the initial $11 million, which was announced in July 2016. HealthQuest Capital led the additional round which included investment from strategic partner NewYork-Presbyterian. The additional $6 million in funding from HealthQuest Capital and NewYork-Presbyterian will enable Avizia to further expand its telehealth
END_OF_DOCUMENT_TOKEN_TO_BE_REPLACED