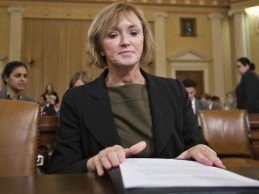 CMS Administrator Marilyn Tavenner announced that she is stepping down from her post in February, agency officials confirmed Friday. Her replacement, former UnitedHealth Group executive Andy Slavitt will now serve as principal deputy administrator. Tavenner, 63, spent more than three years with CMS and faced critical criticism for the disastrous roll-out of HealthCare.gov in fall 2013 and Medicare operations. Tavenner's email to staff did not offer any explanation for her
END_OF_DOCUMENT_TOKEN_TO_BE_REPLACED