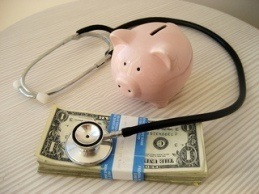 The average health IT salary for HIT professionals is $111,388, according to recent results from the 2015 HIMSS Compensation survey. The survey hopes to serve as a tool for health IT professionals to compare salaries and compensation packages, while also offering an overview of the overall market including: · Average salary and bonuses · Salary by geographical region · Top benefits (medical, dental, etc.) The infographic shown below was released along with the survey finding to
END_OF_DOCUMENT_TOKEN_TO_BE_REPLACED 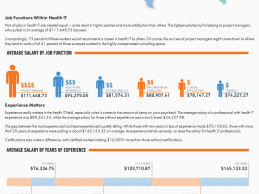 The average health IT salary is $89,879.43 with 30 percent also receiving an average bonus of $31,100.52, according to the new 2014 Health IT Salary report conducted by HeathITJobs.com. Project managers pulled in the highest salaries with an average of $111,648.73 last year.  The survey was sent out to over 8,000 health IT professionals and collected 697 responses during July and August of 2014. The infographic shown below illustrates the entire survey findings:  HealthITJobs.com is an
END_OF_DOCUMENT_TOKEN_TO_BE_REPLACED