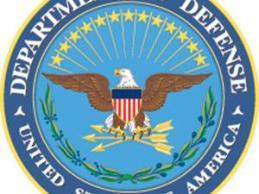 Officials announced on Thursday that the Department of Defense (DoD) will delay the roll out of its $4.6B DoD EHR due to data integration issues with legacy systems. The EHR known as MHS Genesis was originally scheduled to go-live on 12/6 at selected hospitals and clinics in early December, moving away from the DoD's legacy AHLTA and CHCS systems. Here are 8 things to know about the DoD EHR implementation delay:1. The data integration issues with legacy systems were first discovered during
END_OF_DOCUMENT_TOKEN_TO_BE_REPLACED

The Department of Defense has narrowed the bids for the $11B DoD EHR Modernization Project to three finalist teams, which include EHR vendors Allscripts, Cerner and Epic. PricewaterhouseCooper's bid with Google, DSS, Inc., MedSphere Open Source EHR and systems integrator General Dynamics Information Technology was eliminated by the DoD, according to Politico. Also, the smaller team Intersystems Trak Care was eliminated from the competition.  A posting to FBO.gov, confirmed the DoD was
END_OF_DOCUMENT_TOKEN_TO_BE_REPLACED

The Department of Defense (DoD) is in the market for an EHR solution… again.
END_OF_DOCUMENT_TOKEN_TO_BE_REPLACED