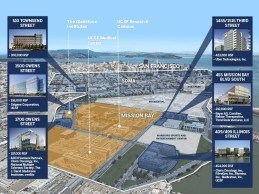 Alexandria Real Estate Equities, the largest owner and developer of real estate for the life-sciences industry in the nation wants to raise up to $20 million to build digital health startups in San Francisco, SFGate reports. Last year, the real estate developer announced that it would start three new accelerators nationwide to focused on agriculture, biotech and digital health. The biotech space is already up and running in New York City and has attracted giant pharma companies such as
END_OF_DOCUMENT_TOKEN_TO_BE_REPLACED