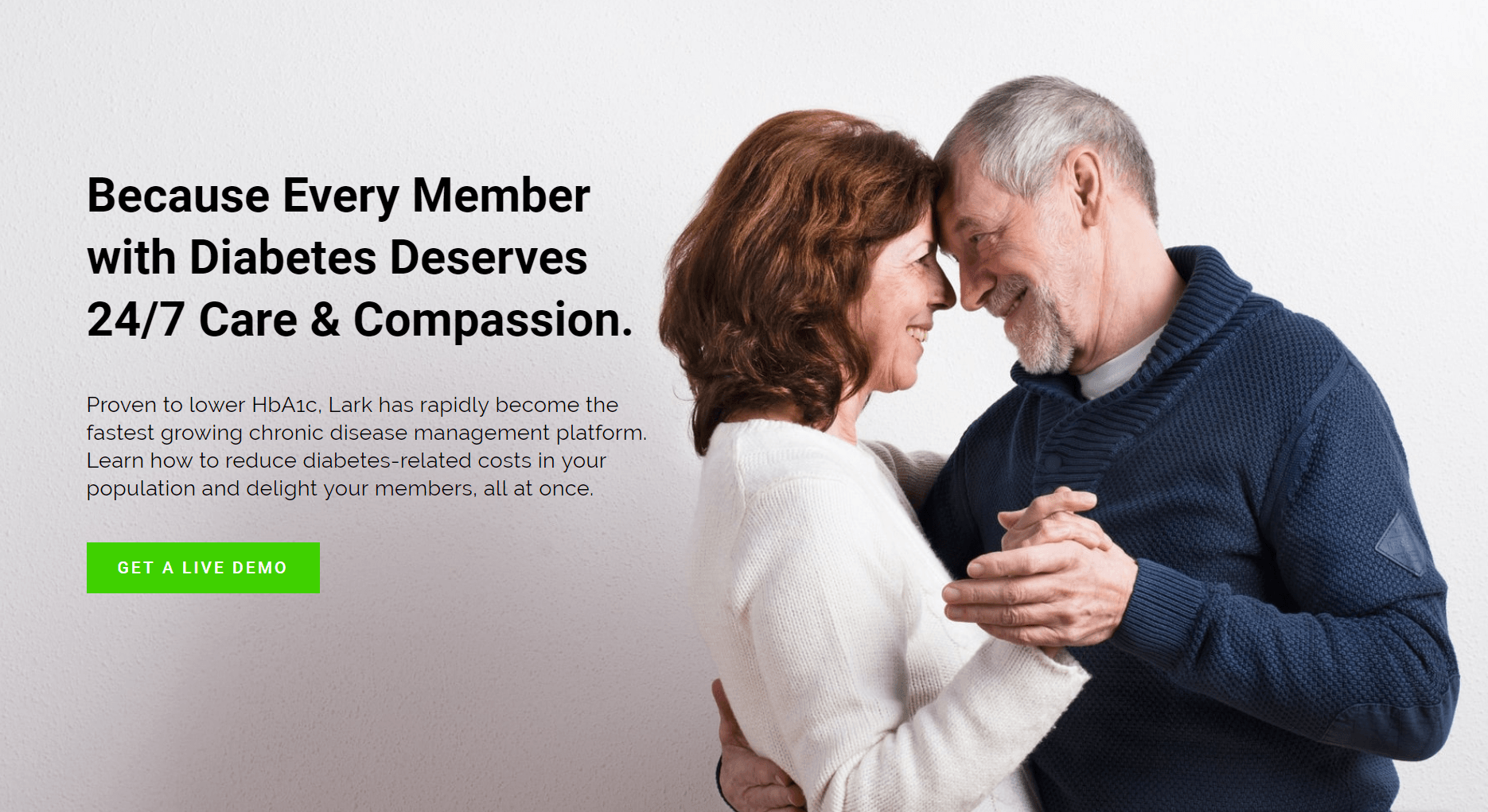 Lark Health, a chronic disease prevention and management platform has released initial results from a pilot study of its Diabetes Management Program (Lark DMP). After an average of four months, the Lark DMP users reported a significant reduction in A1c levels of 1.1 points, from 8.5 to 7.4 percent.

The pilot study looked at adults with a confirmed diagnosis of type 2 diabetes who enrolled in Lark DMP between August 2018 and January 2019. All participants in the study reported a baseline A1c level of at least 6.5 percent. On average, the participants in the study achieved a 1.1 point decrease in their A1c score, reducing the initial population’s average from 8.5 percent to 7.4 percent.

The Lark DMP results come during a year of momentum for Lark Health. Lark’s clinically validated Diabetes Prevention Program, which is the second largest and fastest growing in the U.S., received CDC Full Recognition earlier this year. In addition, in a year-long study, a population of older adults (ages 50+) showed an average weight loss of 4.3 percent. Lark is serving some of the nation’s largest health plans, with nearly 2 million members having used Lark’s programs.

The benefits of reducing A1c in patients with type 2 diabetes include better health outcomes and lower medical costs. For example, a reduction of 1 point in A1c resulted in a 43 percent lower rate of diabetes-related complications in the Medicare population, and a 28 percent reduction in the commercially insured population, according to a 2013 study in the Journal of Managed Care & Specialty Pharmacy.

“These early results are extremely promising and demonstrate that conversational AI can improve A1c for those with type 2 diabetes,” said Julia Hu, co-founder and CEO of Lark Health. “Our mission is to deliver truly personalized, evidence-based, and effective care to the millions of people managing chronic conditions in the U.S., and, as a truly digital solution, we’re well-positioned to deliver on that promise.”