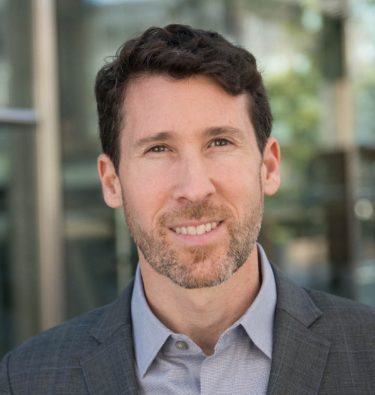 It’s time to search for answers beyond the structured fields of your EHR. Dan Riskin explains.

“Wave” is a perfect word to describe the swell that is big data because it’s quite oceanic in the sense that it’s everywhere, but that doesn’t mean it’s readily consumable. Ubiquity is both the critical asset and challenge that big data brings to healthcare. It’s also the muse that has innovators not just thinking outside the box when it comes to creating HIT solutions but searching for valuable data outside of virtual boxes, too.

This move isn’t all that surprising given the limitations of legacy EHR systems, which have been well known for years. Aside from documentation burdens and physician burnout, the essential flaw of EHR systems is that the structured data doesn’t paint a complete picture of the patient—that’s where real-world evidence (RWE) comes into play.

By tapping into both structured real-world data (RWD) sources like EHRs as well as unstructured sources found in EHRs, mobile applications, and wearables, RWE can be extracted to help form conclusions on the potential benefits associated with a particular product, treatment approach, or protocol. The possible use-cases for RWE-based solutions seem endless, but the technology is new, and so are the avenues leading to such potential prospects.

One area that is rapidly adopting RWE-based solutions, however, is the pharmaceutical industry. Developing effective drugs has never been easy, given that clinical trials are often not a reliable reflection of the efficacy, risk/benefit ratio, and dosing strategy needed to support a patient; often, the bubble created by a clinical trial is too pristine and is missing the grit that only daily life can supply.

The devil is often in the details, as they say, and so is the critical data. Once RWE is extracted, it’s up to the emerging and developing artificial intelligence (AI) and machine learning methodologies to derive insights from that data. Retrieving such valuable information is all still fresh, but companies like Verantos are making headway and in some ways pioneering the pursuit.

“As the industry moves to use electronic health record (EHR) data more, it recognizes that the majority of the value of information lives in the unstructured data, such as doctors’ notes and other written narrative that is captured within the EHR system,” said Dan Riskin, CEO of Verantos, a real-world evidence firm based in Palo Alto, CA.  “Accessing this valuable data requires the use of non-standard technology like AI: This is not to say that we have figured out how to leverage the information fully, but some of the more advanced firms have started making use of tough data.”

Making use of healthcare’s tough data has been a center point of Riskin’s career: the surgeon and entrepreneur was also a member of the Obama Campaign Healthcare Advisory Committee in 2007, which promoted the transition to EHR records to improve care, enacted through the HITECH Act of 2009 and Affordable Care Act of 2010.

In 2008, Riskin founded his first full-time venture Health Fidelity, which focused on developing solutions for risk assessment and clinical care quality to support the objectives of value-based care. As time moved on so did Riskin, and in 2013 he formed Verantos and began thinking about solutions that could augment the standard of care by capitalizing on the benefits of RWE.

“Every time we extract a cohort, we check data validity in terms of accuracy levels and generalizability,” said Riskin. “It seems that this would be a natural step to do, yet this is very rarely done in the industry today. Most cohorts in the structured EHR datasets licensed by pharmaceutical companies are 30-70% accurate.”

Riskin continued: “There is a need for highly accurate real-world evidence to produce regulatory-grade EHR-based studies. It’s expensive and technically challenging to implement a highly valid study. Nonetheless, we believe that this information is used for specific regulatory and reimbursement purposes and informs the standard of care. It’s critical to put in the effort to ensure the validity of the evidence. We put in such effort by using advanced data, advanced technologies, and advanced expertise to ensure we’re doing this right.”

Of course, getting it right and refining the standard of care are two different things. Riskin says that reaching RWE’s potential will take a great deal of time, especially to achieve the holy grail of using randomized controlled trials to define the standard of care for a large group, but refining those uses through the use of RWE data to determine subgroup analytics and compare the effectiveness to tailor therapy.

“In five years, we’ll still be at the beginning of this effort to use real-world evidence to define the most appropriate subgroups and identify the most effective treatments. However, I hope we’ll have enough early studies and early successes with regulatory and reimbursement efforts to define the market and give assurance that this is the right direction. At that point, I expect there will be significant investment from the industry as a whole to use data most advantageously to tailor therapy to create the greatest clinical benefit for patients.”

What’s Next for RWE

Other use cases for RWE-solutions are emerging for physicians, insurance providers, and the like. Still, there are plenty of obstacles to consider that stand in the way including interoperability, technology, expertise, and data quality, of course. Understanding where to pull data, how to pull it from existing systems and how to use the right technologies to process it is a well-rounded learning curve, especially when trying to draw from unstructured data sources.

“For example, unstructured data requires advanced semantic technology, like natural language processing and may require further technologies to confirm correct processing,” said Riskin. “Then, the group needs to assess the validity of the information. These areas of technology and expertise are complex and very few groups globally have these capabilities. Thus, it becomes particularly important to choose a partner wisely that will help conduct studies (and train people in an organization) to do this well. If a pharmaceutical firm ignores these issues, then the regulator or payer may well reject the work when it’s done.”

Of course, RWE won’t thrive on expertise and technological advances alone. Riskin says a real shift in mindset from potential customers has to happen for RWE to fully flourish and disrupt healthcare. The quality of data has to be the focus over the quantity.

According to Riskin, the right questions to ask when evaluating an RWE trial partner are:

·       How do you make the clinical assertion believable?

·       Can you document your work, so it’s usable for regulatory and reimbursement pathways?

Naturally, legacy systems still have a place in healthcare. After all, EHRs are good sources of unstructured and untapped data. The point is not to have RWE eliminate the well-established technologies already laid forth in healthcare, but to integrate technologies that complement them.

“We believe that as legacy vendors try to enter the new era of real-world evidence, it will be tough for them to argue that the use of claims and EHR structured data, without any assessment of accuracy, is valid enough for making clinical assertions. It’s already known that these data sources have high inaccuracy rates and bias. We believe that our differentiation positions us well to meet the needs of new-use cases that make clinical assertions,” Riskin concluded.