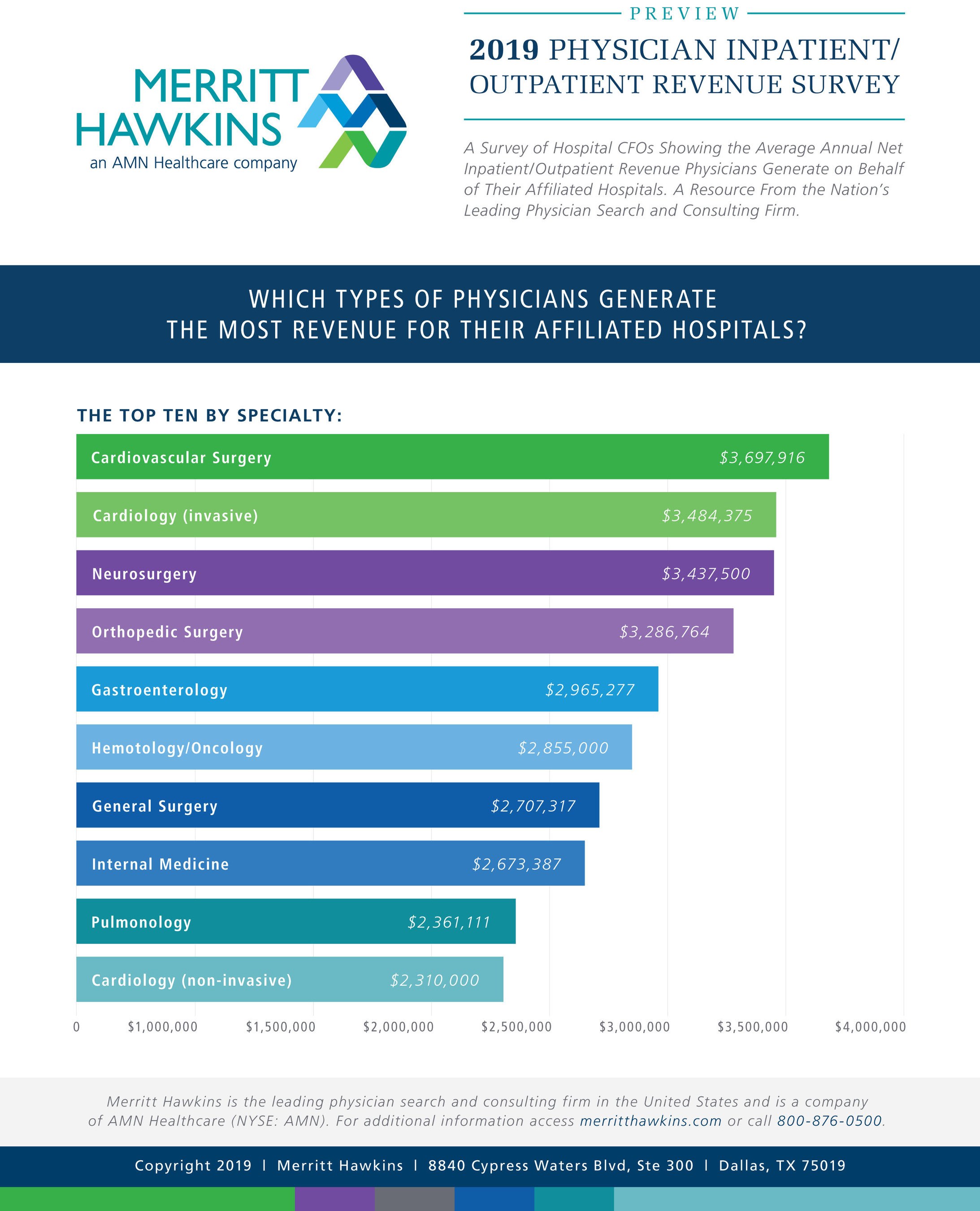 Physicians generated an average of $2,378,727 per year in net revenue on behalf of their affiliated hospitals, according to a recent survey. Conducted by Merritt Hawkins, a physician search firm and a company of AMN Healthcare, the survey asked hospital chief financial officers to quantify how much revenue physicians in 18 specialties generated for their hospitals in the previous 12 months. The findings include both net inpatient and outpatient revenue derived from patient hospital admissions, tests, treatments, prescriptions, and procedures performed or ordered by physicians.

While the number of hospital inpatient stays has decreased or remained flat in recent years, the cost per hospital stay has increased, said Singleton, one factor that may be driving the comparatively high revenue averages generated by physicians.   In addition, the number of hospital outpatient visits has more than tripled since 1975 and the average cost of these visits has grown, a further reason for physician revenue increases, according to Singleton.   Patient demographics and patient acuity also are playing a role.   As the population ages and as patient acuity increases, utilization of healthcare services provided by or generated by physicians also increases, as do physician generated revenues.

The survey also provides a cost/benefits analysis showing which physicians provide the best return on investment by comparing salaries in various medical specialties to revenue generated by physicians in those specialties. Family physicians, for example, average a starting salary of $241,000, according to Merritt Hawkins’ data, while generating nine times that much in hospital revenue. Orthopedic surgeons average $533,000 in starting salary while generating six times that much in hospital revenue.