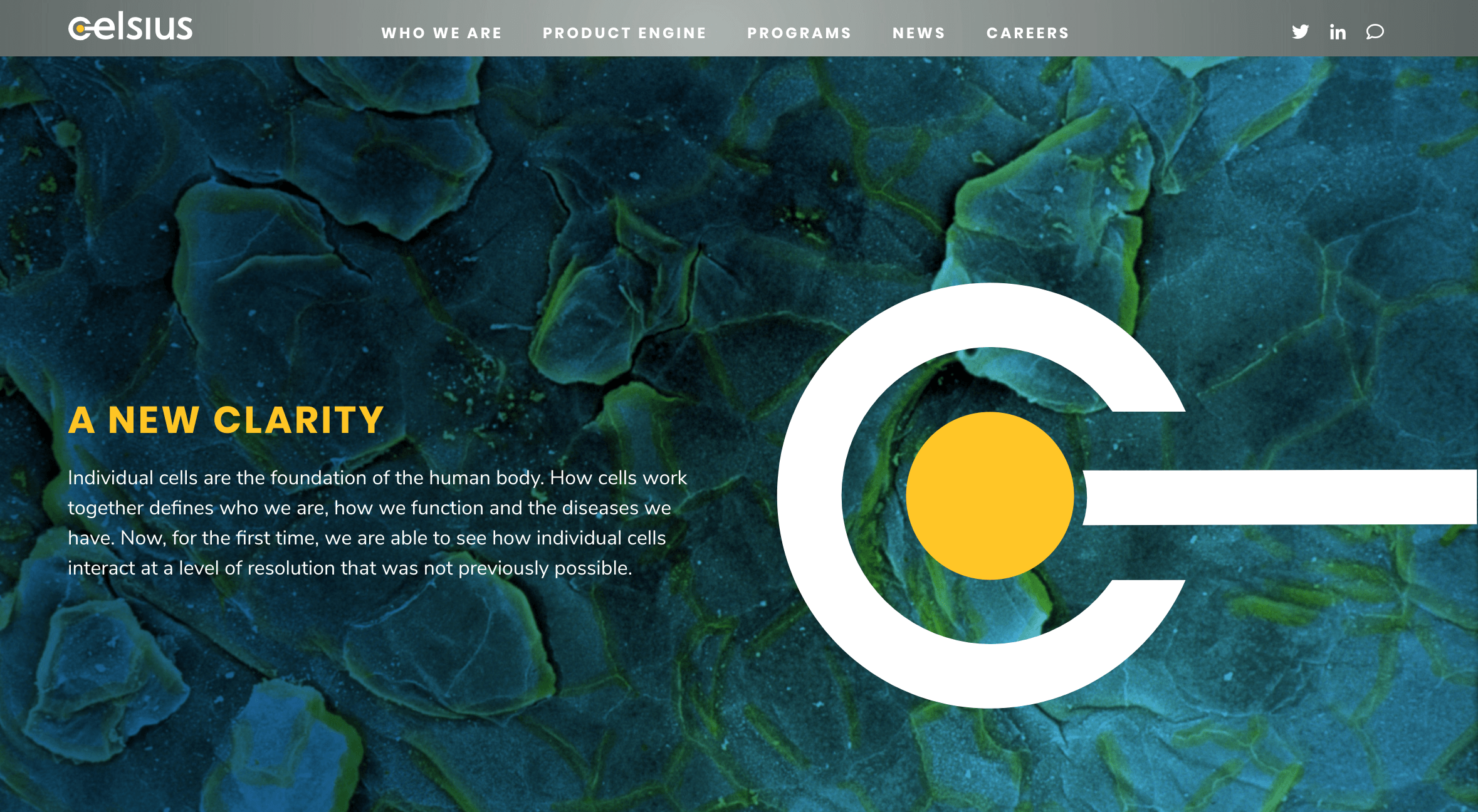 Celsius Therapeutics, a company translating single-cell genomic insights into precision therapeutics for autoimmune diseases and cancer, launched with a $65 million Series A financing led by Third Rock Ventures with participation from GV (formerly Google Ventures), Heritage Provider Network, Casdin Capital, Alexandria Venture Investments and other key investors. Celsius is charting a new course of target and drug discovery by understanding the specific cells, among many others, that are key players in disease and by identifying the genes that are triggering their malfunction.

Traditional genomic sequencing cannot identify these individual contributions, as only the average can be seen and key critical causes
can be missed. For the first time, with the approaches discovered by Aviv and Celsius’ other founders, the company will combine massive
datasets of unprecedented size and complexity with sophisticated machine learning algorithms. Celsius will be able to distinguish the specific cells, among many others, that play a key role in disease and identify the genes that are triggering their malfunction. This approach will allow the company to more efficiently identify specific targets for treating diseases in specific patients and ultimately develop medicines for those targets.

Celsius was co-founded by Aviv Regev, Ph.D., core institute member, chair of the faculty and director of the Klarman Cell Observatory at the Broad Institute of MIT and Harvard, Professor of Biology at MIT and an investigator at the Howard Hughes Medical Institute. Celsius’ fundamentally new approach aims to combine the power of single-cell genomic sequencing with computational algorithms to discover first-in-class precision therapies that have a transformative impact on the lives of patients with autoimmune diseases and cancer. To do this, the company applies a systematic approach, starting with single-cell sequencing on defined patient samples to identify and understand the individual cells and their interactions that cause disease.By analyzing single cells, Celsius’ approach has the potential to understand the causes of disease at an entirely new level of resolution that overcomes limitations of traditional genomic sequencing approaches.

Celsius believes this approach could be the key to bring precision medicines to autoimmune diseases for the first time. These cellular
insights could also allow Celsius to identify the right combination of treatments for the right patients and build on the promising results
seen in the field of immuno-oncology.

“Each of us is made up of tens of trillions of cells. At the core of founding Celsius was the new ability to see something we could not see
before. We can now see the dysfunction of key cells and their interactions within their neighborhood. Diseases that we have struggled
to understand now can become crystal clear. With that clarity, we hope to create novel precision medicines,” said Alexis Borisy, partner at
Third Rock Ventures and chairman of Celsius Therapeutics. “We believe this approach and the incredible group that has been assembled by the founders have the unique potential to deliver a powerful new class of medicines and make a meaningful difference for patients.”