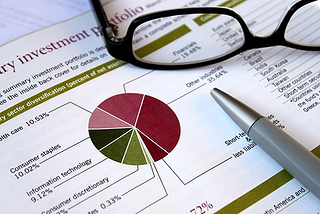 With the new year dawning, the competitive landscape for global medical technology is mired in uncertainty. Of the “big four” vendors (GE Healthcare, Siemens Healthineers, Philips and Toshiba Medical Systems) three are undergoing radical change, creating perhaps one of most volatile competitive market environments for some time.

Add to this the visible presence of new market entrants from informatics, outsourcing, consumer technology and the rapidly growing artificial intelligence sector, and one thing is certain: market change is coming.

Below, we provide our take on the latest developments and postulate as to where it could all be heading:

Healthcare: Back to Basics

The latest multi-billion hit to GE has more than likely forced the hand of new CEO John Flannery towards some form of major restructure. Having already outlined plans for the sale and spin-off of multiple business areas, attention will also no doubt fall on the future of GE’s healthcare business.

While a sale is highly unlikely given GE Healthcare is one of the more profitable business divisions of the conglomerate, a restructured relationship with its parent, or separation into its own entity, now looks more likely.

GE Healthcare should view this not as a negative, but as an opportunity to reset its vision and strategic agenda. Too often over the last decade it has over-reached into new markets with speculative acquisitions, only to make minimal impact on market share or profitability – some have even been multi-million-dollar write-offs.

Yet, GE Healthcare still holds a very strong hand, with one of the largest customer bases globally, a thriving life-sciences division and fingers in almost all diagnostic and clinical IT markets. Therefore, it should re-focus on its core markets and maximize the potential of its strongest assets; imaging, clinical care and lifesciences.

All three of these sectors are entering a new stage of development. Value-based care models and healthcare provider need for analytics and operational intelligence offer the opportunity to significantly improve GE’s healthcare business performance.

Therefore, while the crumbling conglomerate might be faltering, which in turn may have some impact healthcare deals that are linked with other GE business units such as energy and industrial, there is little reason why GE Healthcare should not be looking to profit from its position, if it sticks to what it knows best.

The oft-discussed minority stake IPO of Euro 47B valued Siemens Healthineers on the Frankfurt exchange has been dragging on for some time, with more questions than answers until late 2017, when a final date of March 2018 was announced.

The reasoning behind the spin-off seemed relatively sound at the time; raising capital from one of Siemens most stable and profitable business units, while also “freeing” the Healthineers business unit from the complex industrial conglomerate, to increase opportunity and flexibility for future partnerships.

However, the latest announcement of almost Euro 240m of cost-cutting initiatives per year, to be realized in 2020, raises a few questions. At face-value, this may be a signal to potential stakeholders in the IPO that Siemens is serious (and willing to make some painful decisions) about making Germany’s largest IPO in 20 years a success. If much of the cost-cutting comes from the “de-coupling” from the Siemens conglomerate, then this would seem straightforward.

Yet, with Siemens AG remaining a majority stakeholder in the new public company, it would be surprising if this was the complete story. Instead, it may be that Siemens is also using the IPO as an opportunity for some significant “housekeeping” and refinement of its own portfolio.

Perhaps most concerning is the lack of clarity around future target markets; Siemens Healthineers has technically excelled in certain markets for some time, such as big iron imaging modalities and advanced radiology, yet has done little to fill in the gaps in its portfolio, such as clinical care, non-radiology health informatics, and digital pathology.

If all the IPO provides is more capital for Siemens AG and a slightly leaner, more profitable Siemens Healthineers, one could argue that an opportunity to really challenge GE and Philips as a dominant force in diagnostic and clinical IT has been missed.

Canon Medical Systems: At Risk of Missing the Age of Informatics

Canon’s acquisition of Toshiba Medical Systems has been playing out for some time. The latest development for the two firms signaled the cohesive start of their new venture, globally re-branding under Canon Medical Systems.

However, the work for the new Canon Medical Systems business is only just starting. While the acquisition was a good one for both parties, given the complementary nature of their portfolios in medical imaging, lingering concerns still exist.

Firstly, as with many Japanese industrial conglomerates, apparent cohesiveness between business units and regional teams is rarely the case. Toshiba already had some issues of its own, with a “house of brands” approach to subsidiaries such as Vital Images and Olea Medical. Canon also had a similar approach, with regional subsidiaries often operating independently (e.g. DelftDI) and with little cohesive marketing or branding.

While the re-brand goes some way to solving this (though for some reason the Vital Images and Olea Medical brands remain) the new venture will need to quickly “bed-in” with core messaging, marketing and sales operations, especially given the increasingly “single-vendor” focus of healthcare providers when it comes to tendering and procurement.

Perhaps more worrying is that the new venture has done little to aid what was the biggest issue for Toshiba and Canon pre-acquisition: a lack of global presence in healthcare informatics. In diagnostic and clinical care health provision, analytics and operational intelligence are going to be the new growth markets and battlegrounds for the leading health technology vendors.

Apart from market leadership in advanced visualization for radiology and cardiology (Vital Images) the new Canon Medical Systems business has very little health informatics coverage in comparison to its peers. Therefore, to really become a world-leading health technology vendor, it will quickly need to establish a strong partnership model or strategy to address this need.

As its peers all undergo periods of significant uncertainty and change, Philips looks to be well placed to profit in the coming years. Following a bold re-engineering of its business over the last five years, fuelled by cash reserves from selling its lighting division, it has been actively acquiring assets in imaging informatics, cardiology and population health management to complement its already broad health and wellness portfolio. Of the big four, one could argue it is currently best placed to capitalise while its peers re-invent themselves.

Moreover, without more seamless integration, it also risks losing out in the race to win new clinical and diagnostic analytics business. Neither of these improvements will occur overnight and must be undertaken in a constantly evolving marketplace, increasingly under siege from new competitors and evolving business models.

So, while Philips looks to have the edge out of “the big four” today, the fate of each of them lies both in their ability to adapt to a healthcare market undergoing rapid change, while planning and positioning themselves for a long-term future of digitalised, artificial intelligence fuelled, precision medicine.

This will be no easy undertaking.

Signify Research is an independent supplier of market intelligence and consultancy to the global healthcare technology industry whose coverage areas include Healthcare IT, Medical Imaging and management consultants and investors.