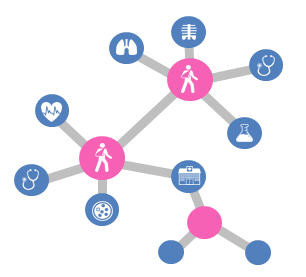 It’s not exactly a sweater or tie that gets worn once and then relegated to the top of the closet, but it turns out that patient data may have something in common with unloved holiday gifts. Both, it appears, are shared and then seldom used.

At least that’s one takeaway from a recent Health Affairs study on interoperability and how far forward we’ve actually moved the ball. The authors used the most recent available data (2015) and the four interoperability standards established by the Office of the National Coordinator (ONC)—finding, sending, receiving, integrating—to conclude that progress on this measure is lagging, at best.

“… progress toward interoperability has been slow, with fewer than 30 percent of hospitals engaging in all four domains of interoperability in 2015 and with an increase of only 5 percentage points from 2014,” the authors write.

The low percentage of hospitals using all four standards is particularly significant in that simply sending or receiving data does not guarantee its use. Of those hospitals that said they sometimes, rarely or never use outside patient data in care (55.8 percent), or didn’t know (11.2 percent) how often they used it, the most oft cited explanation was that “clinicians could not view the information in the EHR as part of their workflow.”

“Issues with integrating information into existing EHR systems and clinical workflows were the most commonly cited barriers for hospitals that were not routinely using external information for patient care, which further underscores the need to shift the policy focus from transmitting information to information usability.”

Ah, yes, usability … yet another technological imperative that ends in ‘ability.’ Health Affairs suggests that data usability has a lot to do with EHR sophistication.

But is it having an advanced EHR that improves data usability? Or is it perhaps having the same EHR as the facility you share data with? As Health Affairs points out, those hospitals that most frequently share patient data via HIE are those working with an EHR and HIE from the same source.

“Without strong incentives that would have created market demand for robust interoperability from the start, we now must retrofit interoperability, rather than having it be a core attribute of our health IT ecosystem,” writes Julia Adler-Milstein, also an author of the Health Affairs study, in a recent NEJM Catalyst article. “And, if there had been stronger incentives from the start, we would not now need to address information blocking: the knowing and intentional interference with interoperability by vendors or providers.”

Adler-Milstein argues that policymakers dropped the ball more than any stakeholder group. The EHR vendors and providers, she says, are just working within the boundaries to retain or improve their respective positions.

“Of the stakeholders, only policymakers have a clear, strong interest in promoting interoperability,” she says. “Therefore, it is up to them to ensure that robust, cross-vendor interoperability is a stay-in-business issue for EHR vendors and providers.”

To suggest, however, that the onus is on policymakers to alter the incentives for adopting shared standards is to concede that healthcare is merely a business. In America, this is pretty much true. And where else might the incentives to adopt common standards come from, anyway?

“This is the basis for a system,” said Larry Weed, MD, in 1971, as he held aloft a think folder of patient data. “The record has to be. You can write a check in Atlanta on a New York bank, why? Because there’s a system, and it’s known throughout. But you get a coronary in Atlanta and your records are in Chicago, just try to find things out in the first 24 hours.”

“The historic lack of structured data and standardization in the healthcare industry today causes problems when sharing EHR content between providers,” wrote Tom Murray and Laura Berberian in a Computerworld op-ed. That was 2011.

To paraphrase one commenter on Adler-Milstein’s Catalyst article, Weed—or Murray or Berberian—could give the keynote at HIMSS 2018.

“Once the business case for interoperability unambiguously outweighs the business case against it, both vendors and providers can pursue it without undermining their best interests,” says Adler-Milstein to wrap up her Catalyst article.