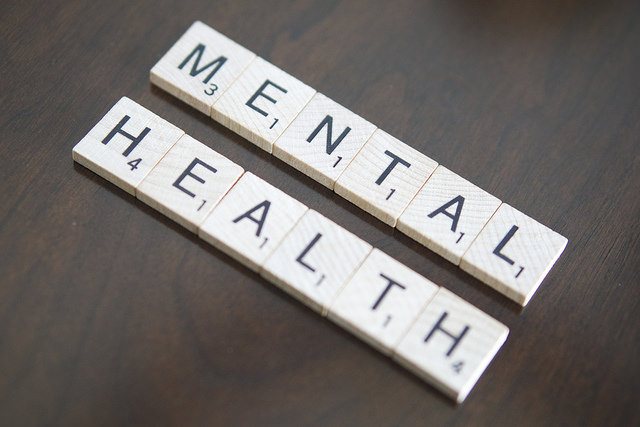 It’s generally common knowledge that the United States incarcerates a higher percentage of the population (716 per 100,000 people) than any other country on earth. With just 5 percent of the world’s total population, the U.S. still has 25 percent of the global prison population.

Especially in recent years, much ink has been spilt on how mandatory minimum sentencing and three-strikes laws have put thousands of non-violent, low-level drug offenders behind bars, creating prison overcrowding and decimating certain populations. Drug use, drug distribution and societal punishment for breaking associated laws is complicated and divisive, and I have no desire to argue the issue here.

I will, however, take a position on prison overcrowding caused by a different societal issue: incarceration of the mentally ill. Simply put, we’re doing a lousy job caring for the mentally ill, and we’re doing both ourselves and the afflicted a great disservice by not acting more responsibly.

The question is not whether we are warehousing the mentally ill in corrections facilities but how often this is happening.

At Chicago’s Cook County Jail, aka America’s largest mental health facility, estimates are that 1 in 3 inmates have some kind of mental illness. Marion County, Indiana, Sheriff John Layton, who recently broached the subject of incarcerating the mentally ill at a White House meeting, thinks perhaps 40 percent of inmates at his facility have some kind of mental illness. There are probably ten times more mentally ill people in jail than in actual mental health facilities, and the rate of mental illness in prisons and jails is three to six times higher than the national average.

Sure, many (Most? All?) mentally ill inmates did something illegal to wind up in a corrections facility. But would they have done the same thing had they been mentally sound or receiving appropriate care, and would American society choose incarceration over treatment if sufficient programs and facilities existed to create alternatives?

I think the answer to both questions is no. A confluence of factors going back to the 1960s—a deinstitutionalization movement that reduced state psychiatric beds from 550,000 to 40,000, the return of Vietnam War veterans, budget crises, to name just a few inputs—suggest the mentally ill are in jails because we don’t have anything else to do with them. State institutions were to be replaced by outpatient and community treatment centers, but that plan never reached fruition. If mental health resources ever were sufficient, they’re now a mere shadow of a once ambitious plan.

If jails were oriented both physically and organizationally to dealing with mentally ill prisoners, there might be some kind of argument for putting them there. Clearly, they are not, as both statistics and anecdotes demonstrate. Mentally ill inmates are almost three times as likely to be sexually assaulted, and there is strong tendency toward self-harm absent treatment and medication.

And then there are stories like this one (Warning: long read) of inmate abuse even within facilities focused on mental health treatment.

When mentally ill offenders get the treatment they need, results improve dramatically. While the rate of recidivism for the incarcerated mentally ill is high (85 percent), it falls rapidly for those treated in forensic hospitals instead of regular corrections facilities.

While it may seem self-evident, I think it’s helpful to spell out exactly why we should be doing more—a lot more—to move the mentally ill out of correctional facilities and get them the help they need.

– Incarceration is not a mental health treatment program. There is an extensive discussion to be had about the purpose of incarceration—punishment and/or rehabilitation—and whether it achieves stated goals. Again, I’m not here for that discussion. Without a doubt, incarceration does not improve the plight of someone with schizophrenia or bipolar disorder. In jails and prisons, many of the mentally ill are being punished for actions they had little or no control over. The rate of recidivism for the mentally ill who commit crimes is 85 percent. Without treatment, we’re just cynically ensuring the persistence of a prison population.

– Technology available now enables us to improve this situation. At a minimum, permanent EHRs make it easier to rapidly see a patient’s history and use that information to assess. Interoperable systems and correction-specific solutions enable better care. Currently, these kinds of fluid communication between facilities are rare. Mental health professionals who work inside the corrections system also see a role for technology in providing inmates with more complete information on the judicial process, evaluating inmates for the potential of mental illness and enabling research on confined populations.

– We have an obligation to fix this. There are extenuating circumstances in any inmate’s life, but the inability to effectively manage acceptable and unacceptable behavior because you’re mentally incapacitated seems exceptionally extenuating. If American society has basically been letting the mentally ill down for decades, it’s our responsibility now to right a historic wrong.

Of course, the crisis of incarcerating the mentally ill has not gone unnoticed. Many public health professionals have and continue to look at ways to fix the problem, including diversion programs that identify the mentally ill and set them on a treatment path. Such efforts are just the initial stages of what must be a more concerted effort, however, as even current research suggests diversion treatment programs must be augmented by other ways to prevent criminal behavior.

One bullet above just touches on the potential technology offers to either divert the mentally ill away from the corrections system or improve their care within it, but it isn’t enough by itself. We have to make some difficult budgeting decisions, and we must reorient our priorities. If the mentally ill are being housed in jails for lack of options, we clearly have to create options. It’s not just that a more thoughtful approach yields better results. Perhaps more importantly, it helps define who we are as a society when that definition seems elusive and positive examples can make a tremendous impact.