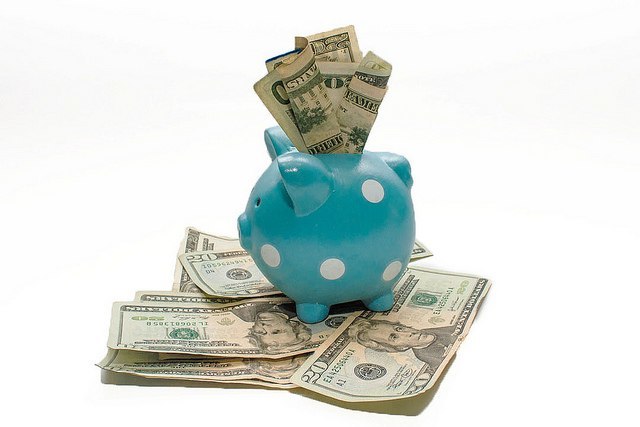 Shopping for a laptop can be an extensive research project where the prospective buyer compares prices based on a host of features: Processor speed, monitor resolution, video card quality, etc.

And when you go looking for a surge protector, do you engage in similar due diligence? Probably not. The differences between the various products are generally so minimal that price is the primary concern. The same is largely true for storage devices, monitors, random-access memory (RAM) and other products where current technological advancement is incremental, if it happens at all. In fact, despite the greater complexity, average prices for laptops have fallen from the thousands to the hundreds in recent years. Even IT services like hosting and internet services are cheaper.

This is commoditization—when goods from different providers are so similar in design and function that only slight variations in price set them apart. For the consumer, commoditization is good when it brings down prices, maybe not as good when it represents the slowing of innovation. Obviously, healthcare IT is not currently a commodity in the sense that many IT devices and services are, but the process of commoditization can still have an impact on any industry.

Currently, healthcare IT is not cheap, nor is it something for which it is easy to determine an average cost. Based on features and functions, an EHR can come with a price tag that ranges from hundreds of thousands to billions of dollars, contributing to the overall rise in healthcare costs.

So, will commoditization impact healthcare IT and offer some relief for overall costs? Yes, it most likely will. Might it also hamper innovation? Not until certain goals are achieved, which makes achieving those goals more urgent.

“In the long run, everything is a toaster,” Columbia Business School Professor Bruce Greenwald is fond of saying. So how long before healthcare IT becomes like a small kitchen appliance?

A long time. Maybe a very long time. The technology is just not mature enough to be standardized in any meaningful way that would lead to competition oriented around price. This leaves hospitals to operate with too little information about the standard components of a good EHR, what reasonable prices look like, what functions are truly necessary and which are superfluous, etc. In economic terms, the market is imperfect because it is driven by financial incentives and group think rather than complete information.

To oversimplify, healthcare IT must realize agreed-upon modularity and standards, which Harvard Business Professor Clayton Christensen argues leads to commoditization in technology. (Think of movies and Blue Ray video players.) Healthcare IT uses mostly standardized hardware because hardware is mostly standardized, but healthcare software that has no agreed-upon standards. If the industry can agree on a model for data exchange—FHIR, perhaps—and make application programming interfaces (APIs) work, we may be a bit closer to some uniformity and commoditization.

One result of incomplete information? Inflated prices, which is true of healthcare prices in general.

When it comes to healthcare costs, technology overall is still part of the problem. With regard to EHRs specifically, hospitals continue to spend billions on systems that arguably don’t warrant their exorbitant prices.

“The real culprit of increased spending? Technology,” health economist Austin Frakt writes in the New York Times. “Every year you age, health care technology changes — usually for the better, but always at higher cost. Technology change is responsible for at least one-third and as much as two-thirds of per capita health care spending growth.”

So, what would more commoditization in healthcare IT look like?

Perhaps the range of prices would be narrower or hospitals would better understand massive differences in cost. Levels of overall satisfaction with EHRs would be higher. Hospitals would understand exactly what they were paying for and what the selected system would ultimately cost.

Commoditization might also take the form of technology deliberately designed as an affordable commodity. In Japan, for example, the government asked Toshiba and Hitachi to design a simpler MRI machine that could meet the scanning needs of most patients for much less than the expensive, dominant solutions. Similarly, the One Laptop Per Child nonprofit worked with technologists to create a $150 laptop that introduces children in less wealthy countries to technology.

Also, there is a tension in the interplay between healthcare and costs that requires attention and resolution. Healthcare is run as a business in the United States, which requires maximizing shareholder value and profits. But it is like no other business because it deals with the health and lives of citizens.

Healthcare is also mostly publicly funded, so decreases in healthcare costs contribute to decreases in the national deficit and debt. Healthcare is now 17 percent of the American economy and continues to rise as we largely fail to get a handle on costs.

To be clear, commoditization robs companies of their competitive edge and is something they work very hard to avoid. But working to avoid it has implications on the healthcare provision side that have manifested in runaway, unmanageable costs.

We may never want healthcare IT to fully commoditize because it would probably result in fewer advances and less innovation. Still, some standards and modularity are essential to apply downward pressure on healthcare IT pricing. We may not know exactly what a commoditized healthcare IT market looks like yet, but we’ll know some of the principles are having an impact when upper end prices fall to a more reasonable level.

Of course, none of this discussion about commoditization is to suggest that no affordable healthcare IT solutions are available now. Hospitals looking to save money on EHRs can certainly do so. But the disparity between system costs is still substantial and many are hard-pressed to explain the reason for it. When commoditization and system standards are more of a factor, hospitals should know both what they are spending and why.