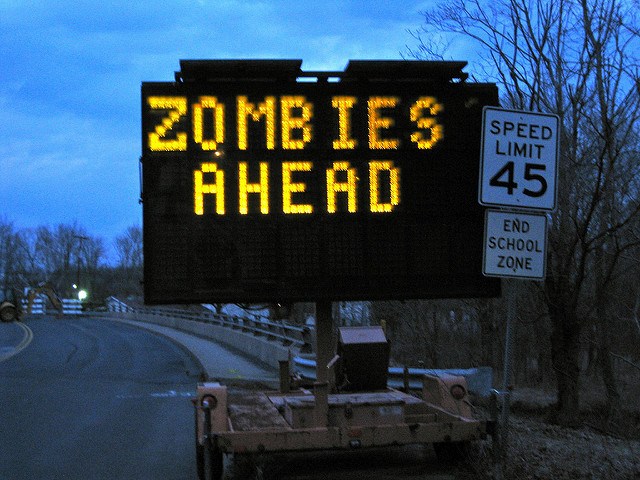 Health investor and entrepreneur Dave Chase says 98 percent of health tech startups are zombies right now—but the Quadruple aim could help some rise from the ashes to begin anew.

Billions in venture capital (VC) funding may have poured into digital health over the last few years (more than $4.5 billion in 2015 alone), but it looks like many startups may have bitten off more than they can chew, and as a result, imminently face biting the dust before reaching profitability. At least, that’s the consensus from health-tech investors like Dave Chase.

Ask the seasoned, serial entrepreneur what isn’t working for health tech startups and you’ll find he has little grievances with tech, if at all. “There is no lack of elegant-looking software,” Chase penned in his piece on the subject. “The recurring issue for these struggling health tech startups is they lack a creative business model and often are missing a clever go-to-market strategy.”

The healthcare market can be tricky, with long sales cycles that have many angel-seeded startups sputtering out before reaching Series A funding. So what’s in the health-tech startup success kit then? How about some cash in hand from proof-of-concept profits, an accessible and adept customer base, and most importantly, the guidance and financial backing from those that get it?

For Chase success in any healthcare venture is about taking a deeper look at the processes and moving parts within, most of which are currently broken, despite many organizational attempts to systematically move from volume-based to value-based care. Shiny new software can’t fix broken processes. What it can create, however is the stuff of broken dreams for the startups failing to recognize the unique hurdles of the health-tech market.

“The difficulty is that it’s super hard to get funding in healthcare without revenue unless you have a very unique track record. Even then, getting funding is a ‘false god’ and is far from success,” said Chase. “If one isn’t willing to get into the nuances of how money flows in healthcare – which is changing, by the way – they are left with assuming there is a consumer market. There are a few categories where a consumer market will exist but they are few and far between. I hope that changes but suspect we’re five years out from that being broadly viable.”

So how do health tech startups find their customer base? Chase suggests starting small:

“The most important decision a startup can make it what type of customer they pursue early in their existence. There is a lot of bad advice around pursuing whatever-local, high-profile hospital,” he said. “In my experience, 99 percent of the time, the worst place to start to gain early customer experience is with hospitals. You can get the critical early feedback on where you fall short much quicker than than organizations. Don’t be fooled by a particularly interested doctor at an established organization, unless they have a clear track record of navigating their internal processes that are a precursor to a large scale rollout.”

Having been in healthcare for decades, Chase believes in the economics of well-defined frameworks, like the one he created with Health Rosetta, which serves as a blueprint for wise purchasing practices for health organizations. It’s his belief that enterprise thrives from creating and cultivating the right kind of ecosystem, or at least, being part of one.

With that in mind, what’s required, beyond bright ideas and financial backing in the billions, is sound expertise of the healthcare environment, something Chase says generalist VC funds fail to deliver in terms of guidance.

“I know of a company that changed their business model based on an expert’s insight that increased their revenue per customer by at least 50 times,” he said. “That same category has had generalist VCs who’ve invested $20-40 million each. Those companies pitched that same expert as a potential customer, and they were similarly missing out on the bigger opportunity. They were either blind to or dismissive of the idiosyncrasies of healthcare. Make no mistake, I’d be the first to criticize many of those idiosyncrasies but they are a reality that isn’t changing anytime soon.”

Chase admits to being biased, as he now leads his own firm HealthFundr’s Quad Aim Fund, which helps startups bridge the gaps that exist in the investment environment as well as in terms of healthcare expertise. The fund is dedicated to companies focused on integrating the objectives of the Quadruple Aim into their business model and solutions. The Quadraple Aim is an expansion on Triple Aim (of enhancing customer experience, improving outcomes, and reducing costs), by also concentrating on enhancing the caregiver experience.

Clinical satisfaction seems like a natural no-brainer when it comes to health-tech development, but again, that’s where inside healthcare knowledge is fundamental and the difference between creating a functional solution, or simply adding to the problems that already exist. Turns out, even fast tech can slow physicians down if not attuned correctly to their needs.

Still, Chase wants good digital health startups to succeed regardless of the seeds that fund them—and while zombies may still only be made for TV fanfare—he says the threat of walking dead as a startup in digital health due to lack of focus is very real. If you think Chase is off base, look no further than Silicon Valley to prove the concept that tech alone (even the most graceful and sophisticated of its kind), does not always guarantee success. In fact, it continues to create the opposite effect in healthcare.

“If the tech industry models wasteful and damaging healthcare spending with no accountability, why do they think the industry will change? Healthcare (preventable medical harm) is the third leading cause of death. Read Do No Harm for an example of how dangerous a vaunted Silicon Valley institution is (they aren’t unique in this regard). It’s statistically safer to jump out of a plane than be admitted to a hospital – even some with high reputation.”

Chase continued: “As the article showed, a community hospital with the right culture can get it right when they have the proper safety culture. Typical benefits package reward this lack of transparency and accountability. Nine times out of 10, when you see cranes building shiny, new revenue-generating hospital buildings they are committed to revenue growth over the Quadruple aim. That is a massive ‘tax’ on every man, woman and child in their community for decades to come. Most tech companies that complain about healthcare’s antiquated tech are directly enabling exactly that with how they reward the over-building and overtreatment that is pervasive in our under-performing healthcare system.”

Of course, time and the market will continue to shake out the companies getting it right. Thus, Chase’s advice to health tech startups is to not tip-toe into the market with a bit of money and tech to take a leap of faith; it’s time to make more calculated moves that leave startups landing solidly on their feet.

“There are a gazillion ways to game the broken system but that’s not worth the time of smart, well-meaning people. I just don’t think it’s going to be possible to have sustainable success without making a positive impact on the Quadraple Aim,” said Chase. “Unfortunately, in the past, one could profit from bankrupting the country and families while not improving outcomes. Thankfully, that is running its course. There’s huge opportunity if you look in the right areas and spend time with the right customers.”