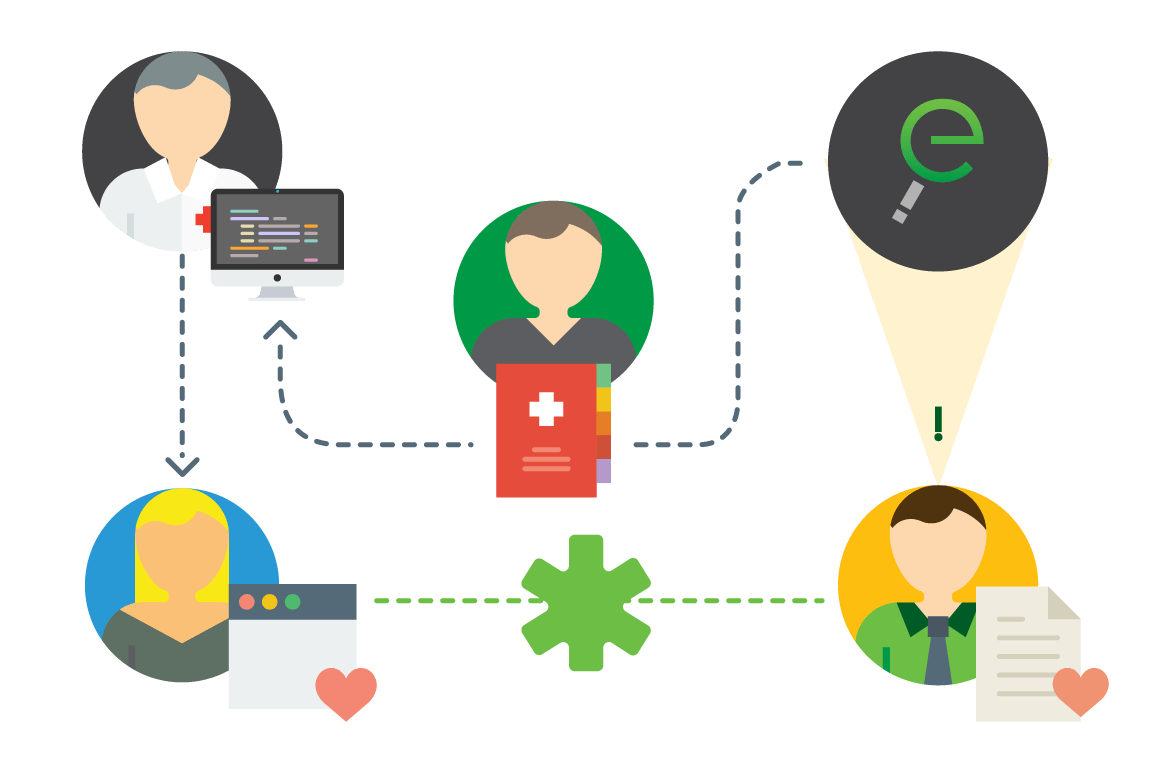 Drug development is risky business. It takes years and billions of dollars to jump through the phases of development before a physician gets to scribble down a script for a patient. That’s if the drug ever makes it that far; about 85 percent will fail in clinical trials. It doesn’t help that today’s current clinical trial system is deeply flawed, especially when it comes to recruitment.

“Unfortunately, the traditional clinical trial recruitment model is not keeping pace with demand, and researchers are unable to secure an adequate number of qualified participants on a timely basis,” said Tom Dorsett, president and CEO of ePatientfinder, an EHR-centered, clinical trial solutions provider based in Austin, TX. “When recruitment goals are not met, delays ensue and cost increases.”

It costs approximately $2.6 billion to develop and gain marketing approval for a new drug, according to the Tufts Center for the Study of Drug Development. A significant portion of that goes toward clinical trials, and a third of those costs are spent and often lost on what Dorsett says are ineffective patient recruitment processes, which include direct-to-patient marketing such as billboards, TV commercials and Google ads.

Here are three reasons why the clinical trial recruitment system is broken.

Historically, only a very small segment of the population has been aware of the opportunities presented in clinical trials. As a result, trials often have difficulty recruiting a sufficient pool of qualified participants, which results in trial delays and additional recruiting costs. There is a similar lack of awareness on the side of physicians.  For example, there are hundreds of thousands of physicians treating patients with cancer and chronic disease. However, without the proper supports, it’s tough for any doctor to be aware of every trial out there that could help his or her patients.

There’s a huge lack of physician involvement in the clinical trial recruitment process, especially when it comes to community physicians making patients aware of opportunities for advanced care that could help them. Clinical trial recruitment traditionally consists of direct-to-patient marketing, which tends to cast a wide net, resulting in many patients interested in trials which may not meet the inclusion and exclusion criteria. There are a significant number of patients with chronic disease and cancer that could benefit from potentially life-saving therapies but are missing out because their physicians are not more involved.

Direct-to-patient site recruitment may produce a lot of referrals, but in most cases, they end up not being qualified. The research site gets overwhelmed trying to assess a large pool of non-qualified participants; this can adversely affect trial timelines, costs and employee morale.

While direct-to-patient marketing tactics have transitioned from traditional print, TV and radio ads to using Google AdWords and Facebook ads and perhaps more aptly reach a greater audience; these efforts still lack customization to ensure they are reaching the right targets: participants that qualify.

In many cases, they don’t even have the primary disease state that the study addresses,” said Dorsett. “The large flood of non-qualified referrals adversely affects the site staff, who become frustrated that they see so few qualified referrals. The site ends up feeling burdened by the process. This situation also creates frustration on the part of patients who attempt to participate but get rejected.”

Apple is taking a stab at the customization/targeting issue with ResearchKit, which allows doctors and scientists to gather health data collected from various iPhone apps; the number of apps and wearable devices that can work with ResearchKit is growing. Dorsett doesn’t deny that these advances have made the iPhone valuable for clinical research. However, he said the downside is that the platform creates a bias because it only serves iPhone users.

“Another major limitation of ResearchKit is the fact that it is currently engineered only for observational studies and not interventional ones,” said Dorsett. “We haven’t seen any interventional studies from it yet because that requires a more advanced model—one that harnesses the power of electronic health records (EHRs) and the physician-patient relationship to recruit and enrolls well-qualified patients.”

Dorsett says tech is essential to solving the problem, but it has to be the right kind of tech that can effectively filter through the healthy amount of health data available today. However, the process begins by moving away from traditional marketing means and forming partnerships with EHR vendors and physicians.

Having greater physician involvement leverages the physician-patient relationship and helps build trial credibility. According to Research!America, 72 percent of Americans say they would likely participate in a clinical trial their doctors recommended. Patients who are referred by their physician are also more likely to enroll in a trial and remain engaged in the trial process and compliant with study protocols.

“This model decreases costs, resources, and workloads for clinical trial sites because they will receive fewer but far better qualified patient referrals for evaluation,” said Dorsett. “In one major ongoing chronic conditions trial, 78 percent of patients referred to a site through this method were accepted for study participation, compared to only 3 percent of patients referred by traditional, direct-to-patient recruitment methods.”

Leveraging technology that uses sophisticated filtering processes to match patients’ EHR data with clinical trial opportunities will begin to heal the broken processes of clinical trial recruitment over the next three to five years, according to Dorsett.

“With newer technologies automating these processes for physicians and doing the heavy lifting, there’s potential for a broader patient base to have access to advanced care offered by clinical trials—which helps patients while potentially decreasing clinical trial costs and timelines,” said Dorsett. “By leveraging the trusted physician-patient relationship, it’s finally possible for trials to have access to an abundance of well-qualified, physician-originated referrals.”