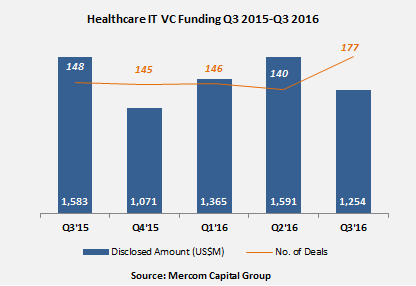 Healthcare IT VC funding topped $1.25 billion in 177 deals in Q3 2016 compared to $1.6 billion in 140 deals in Q2 2016, according to the latest report from Mercom Capital Group. The report, Q3 2016 Healthcare IT / Digital Health Funding and M&A Report reveals that overall funding is on pace to eclipse 2015’s total and the trend from last quarter continued as there was again increased funding activity in Healthcare IT outside of the United States, especially in China.

Here are ten key trends to know from the Mercom’s latest report:

1. Among U.S. states, California more than tripled the VC funding of any other state and was followed by Massachusetts, Pennsylvania, Virginia, and Illinois. 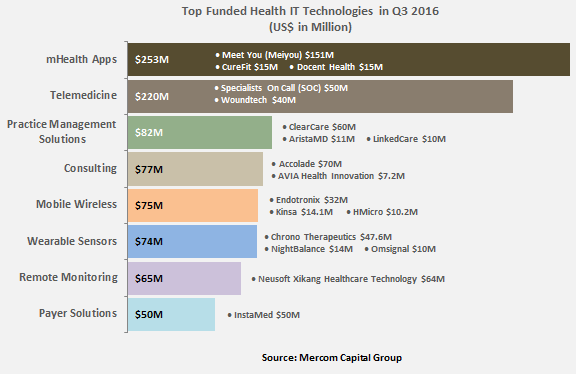 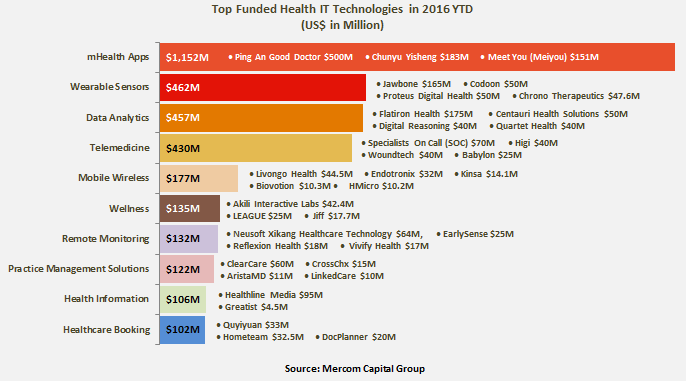 – Meet You, provider of a social, health, and fertility tracking app for women which raised $151 million

– InstaMed, a Healthcare Payments Network that simplifies every healthcare clearinghouse and payment transaction for providers and payers all in one place, raised $50 million 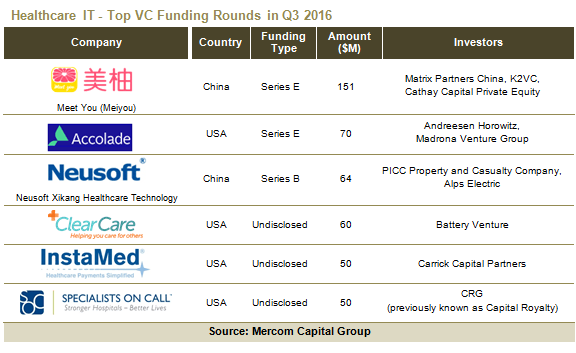 mHealth Apps and Data Analytics companies have been involved in the most M&A transactions so far in 2016 with 19 and 15 transactions respectively.