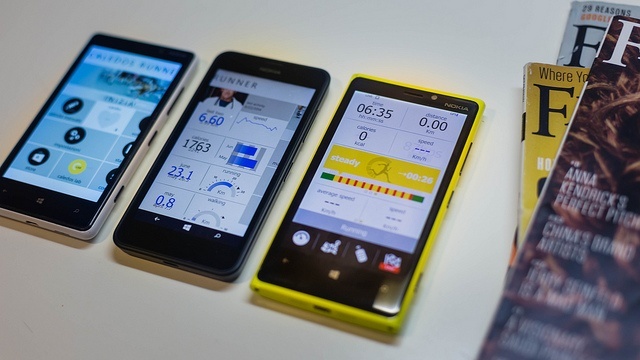 Embracing innovation isn’t always easy for hospitals when it comes to developing mobile apps, but there are solutions. Kinvey’s CEO Sravish Sridhar explains.

Improving outcomes and reducing costs: is there an app for that? Well, there could be. In fact, you can build one. But Kinvey’s Sravish Sridhar cautions health organizations to be careful when it comes to app development. Although you can’t save money without spending some first, the wrong approach to digital innovation could end up costing you much more—especially if you don’t have one.

Take hospitals, for example. They have the potential to actively engage patients and support them to ultimately drive down readmission rates via apps that help manage their conditions, remind them to take their medications etc. Yet, not all hospitals are eager to embrace digital innovation; in fact, many face being dragged there or paying the price. The federal government has already begun penalizing hospitals whose readmission rates exceed set maximums, and insurance companies are beginning to adopt the same mindset. In Massachusetts, home of some of the best hospitals in the world, about 78 percent of hospitals are expected to be hit with fines; eliminating readmissions would lop off $700 million for the Mass health system alone.

“They need to innovate now or get left in the dust,” said Sridhar, CEO of the cloud-based, mobile backend as a service (MBaaS) provider located in Boston, MA. “Next year, Medicare will complete the phase of value-based payment models to healthcare providers. As readmissions are a major part of the evaluation, and digital health can play such an important role in reducing them, how can hospitals afford to move slowly? Things are evolving so quickly in this space that healthcare providers who aren’t taking steps towards the bleeding edge will be perpetually behind.”

Clearly, the need and opportunity to innovate and create impact are out there, but the fact still remains that there are challenges organizations need to consider before diving into digital innovation. Here’s a look at five big challenges hospitals face when developing apps—and what Sridhar says you can do to overcome them:

Many hospitals don’t have the architecture in place to support quick and agile mobile development and are facing not only the cost of developing an app, but also the cost of building the infrastructure they need. Despite those facts, some may have attempted to embrace digital innovation, but their funds may have only taken them so far, and perhaps not far enough to see a return on investment (ROI).

In January 2016, an Accenture survey found that while 66 percent of the 100 largest hospitals in the U.S offered mobile apps, they were utilized by less than 2 percent of patients. To be fair, the study also indicated that only 11 percent of those hospital apps had one of the most desired features for patients, such as prescription refills and access to medical records. Still, could these numbers of underutilization demonstrate that engaging with a patient digitally is not the same as face-to-face healthcare delivery?

“If you’ve used a hospital app, you know that most are effectively static webpages that could be replaced by a brochure,” said Sridhar. “If patients can’t actually engage with hospitals in a meaningful manner through an app, does it even matter, in regards to improving patient care, whether the app sees user adoption?”

He continued: “It’s a non sequitur. Hospitals want to pilot an app program, so they get something out quickly and cheaply – and that therefore lacks features – to test for ROI. Since the app isn’t useful to the patient, they don’t use it. And then the hospital thinks that low adoption rate means patients don’t want an app. That’s not true – they don’t want that app, but who wouldn’t love to be able to schedule appointments, refill prescriptions, access medical records, or even ask questions about their condition through an app? If you’re going to spend  money to build an app, don’t build one to merely test the waters, build one that lets users dive right in.”

Another common barrier that is also a pitfall for hospitals is lack of skills required to bring their apps from the drawing board into the hands of their patients. According to Sridhar, many organizations fall into the trap of thinking their app development process will be 90 percent front end. “That’s how you end up with the disappointing, brochure-like apps,” he said. “In reality, most of our customers told us they were spending 70 percent of their time building and maintaining the app’s backend, and only had the remaining 30 percent to build a great user experience. If your app isn’t a delight to use, no one will use it.”

Furthermore, Sridhar says he thinks organizations are underestimating just how hard it can be to find one person, let alone a team of people, with the sufficient expertise to build a solid app. “You need front-end developers with at least a working knowledge of the specific backend systems you employ and vice versa for your backend team. Search for ‘healthcare IT’ on any job board and you’ll immediately see that the demand for talent outweighs supply for even entry-level positions in these fields,” he said.

Security is becoming an increasingly important issue for hospitals, especially as we see an increase in hacking and ransomware. Not only is HIPAA and other compliance requirements a concern for hospitals, but any outside companies they contract with must sign an agreement to abide by the same rules. “It’s absolutely a big concern,” said Sridhar. “Aside from the hefty fines that come along with security breaches, there is a level of trust between providers and patients that’s critical for hospitals to maintain. However, smart organizations will understand that security concerns can’t stop all progress in digital innovation.”

Sridhar said the solution is to abstract much of the security away from developers, getting rid of “operator error” during development and ensuring that the app is secure from design time. “Data encryption, network security, access controls, infrastructure hardening, backup, monitoring, compliance – it’s all baked into our platform, for example, so our customers can just build their apps knowing it’s based on sound security fundamentals.”

In order to work around archaic and highly customized EHR systems, developers must have individualized knowledge of each one. Additionally, the systems aren’t calibrated for the fast delivery speeds a mobile app requires and don’t easily scale to allow for wide adoption.

“The tricky thing about EHR systems is that there’s no standard – every implementation is different,” said  Sridhar. “App developers need to take time to understand the intricacies and particularities of a specific instance before they can write an app against it. And the end result is what we call ‘tightly coupled’ – you can’t change anything on the backend without rewriting the app, so updates are a pain. Furthermore, these systems can’t provide the sub-second response times mobile users expect, so someone’s going to have to create an acceleration layer (which must also be secure, HIPAA compliant, etc.) on top of it all.”

Health care organizations may be innovative in medicine, but many developers face resistance to cloud adoption due to its perceived insecurities. While many organizations understand that mobile is the future, executives don’t always agree on how to get there, according to Sridhar. One of the interesting conflicts being seen is between business-unit leaders and IT. Business leaders want apps fast, while IT struggles with constrained resources and wants to create a secure, stable, reliable, and repeatable framework for digital innovation. These two speeds create a lot of friction and risks a second coming of ‘shadow IT’ if it isn’t managed carefully.

With regards to the cloud, Sridhar says much of the fear, uncertainty, and doubt around security issues are overhyped, as long as it’s managed properly. “I’ve never understood the aversion to cloud, to be honest. It’s a no-brainer for me that businesses should focus on their core competencies – hospitals should focus on patient care and leave the provisioning, managing, maintenance, and modernization of infrastructure to cloud companies. Delta’s and British Airways’ recent outages, where their infrastructures crumbled leading to massive delays, cancellations, and agents writing boarding passes by hand, illustrates this.”

Exploring the muddied obstacles seems to make one thing clear: app development is not a do-it-yourself project, especially when considering the complexities involved with compliance and security. Sridhar suggests having a sit down with senior leadership to agree on the overarching digital innovation strategy, including whether that strategy is to buy pre-made apps off the shelf, or develop the technology in part and seek the proper services to oversee the infrastructure, micro services, etc. Until that is in place, Sridhar says there will be a lot of conflict and app development will be fragmented, slow, and expensive.

Naturally, Sridhar may have a bias when it comes to approaching app development, believing that a MBaaS provider like the one he leads is best suited to help hospitals take on the noted challenges that come with digital innovation. However, that doesn’t mean his point of view does not have merit. The approach you take to innovation is an important one; engaging a user is one thing, but when the novelty wears off, so will the interest if there isn’t more to tap into. When it comes to digital innovation, it’s not about first impressions anymore—it’s about lasting ones.

“User experience is everything in digital innovation,” said Sridhar. “Your app needs the functionality that people really want. It  has to be as fast and responsive. It has to be intuitive and simple to use. It has to make things easier. It can’t just be another channel through which users accomplish the same things they can do elsewhere. Unless you have all of these requirements nailed, your chances of success are slim.”