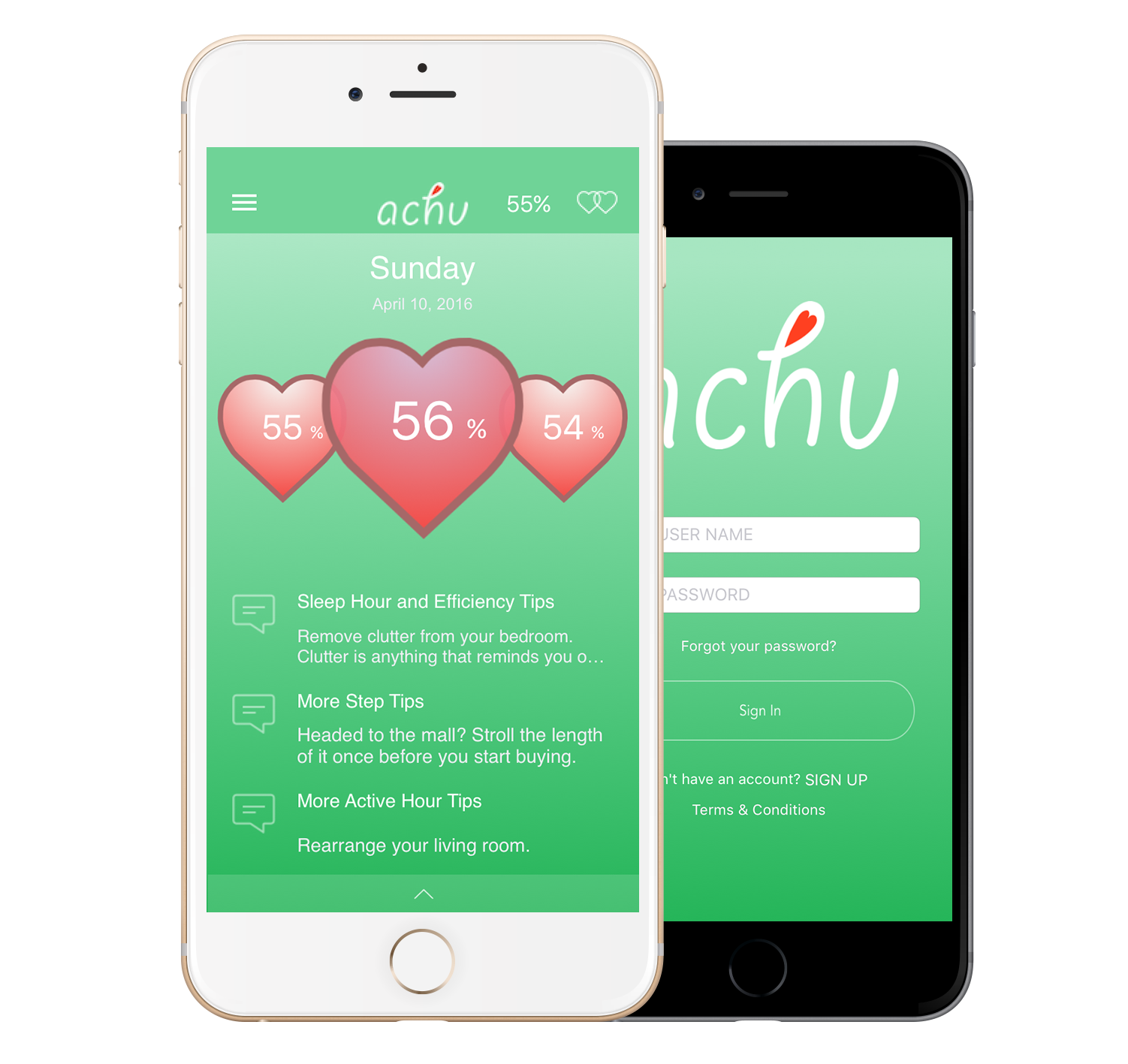 Datapult, a Toronto-based app studio has launched a new app that uses Fitbit data to alert consumers as to when their body is showing signs of a reoccurring illness, such as a cold, before it happens. The app called achu tracks patterns leading up to sickness using a proprietary algorithm that alerts the user to the fact that you are on the same track to get sick, as you have in the past.

“The more interactive you are with achu, the more accurate it will be in helping you to stay healthy,” says Michael Morra, CTO of Datapult in a statement. “When you feel tired, achy, feverish, stuffy – whatever the symptom, you calibrate the achu app, and it will then start to match data from your past.” The science behind achu’s algorithm is based on tracking the patterns in each of the metrics recorded by the Fitbit, such as heart rate or sleep efficiency, leading up to a users input into achu’s sickness calibration system. Using this data, achu can accurately predict the next time the warning signs of an illness appear. “We expect a user to experience parallel sleep, heart rate, step and active patterns leading up to a sickness. Therefore, if their most recent data mirrors their data from when they experienced the same symptoms, our algorithm would calculate a high probability of a repeat illness for this individual calibration,” says Morra.

In order for achu to know what health patterns constitute the individual user being sick, they must first calibrate the app by entering their symptoms when they are, in fact, sick. They then have the option to track various symptoms such as: headache, cough, runny nose, stuffed nose, fatigue, fever, and aches and pains. Once the user calibrates the app with a sickness, achu will begin to look for similar trends and patterns that match the sequence of data in the calibration. They can then calibrate achu with as many sicknesses as they like, and the app will generate a unique algorithm for each of them. Everyday the user will receive a notification delivering their probability of getting sick based on their past sickness calibrations.

The app is currently available for IOS users in the Apple app store, and is being run on Fitbit devices. Datapult is currently building technology to make achu compatible with other health wearable and Android devices in the near future.