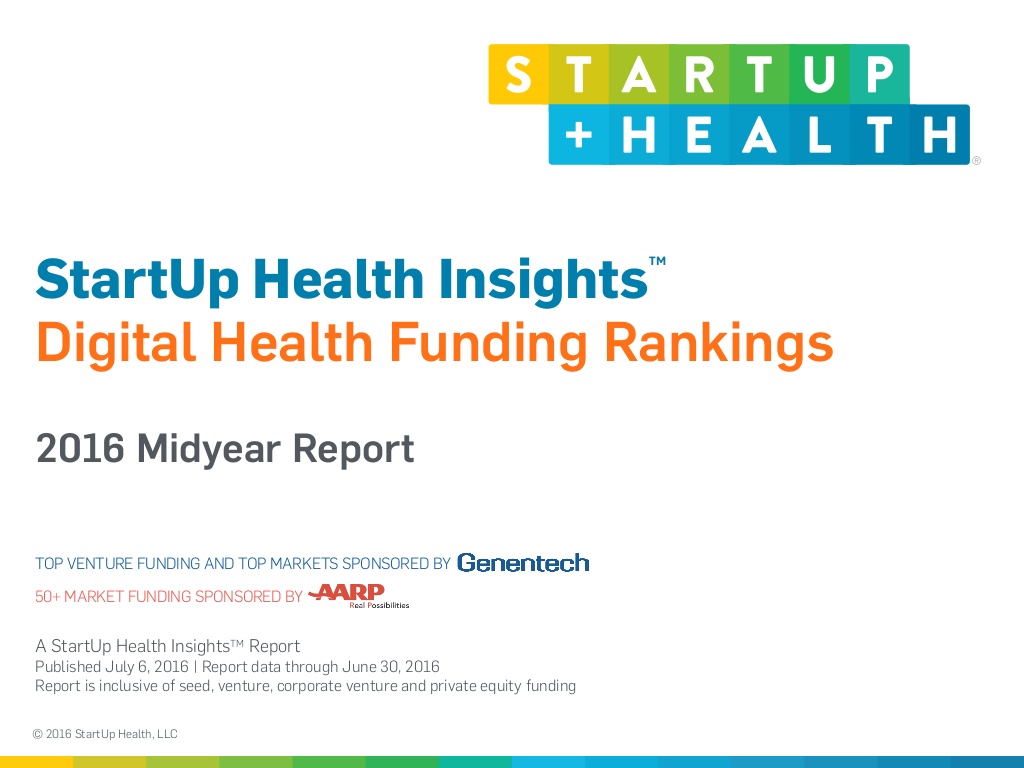 Digital health funding in the first half of 2016 reached a record breaking $3.9B compared to the previous record of $3.5B in 2014, according to StartUp Health Insights 2016 Midyear Report. Early stage deals accounted for more than 65 percent deal volume.

The report revealed that patient/consumer experience as the most dominant market in the first half of the year raising $958M over 51 deals. Additionally, the San Francisco Bay Area, New York City Metro San Diego and Boston continues the trend as the leading metro areas for digital health funding; however, new hubs are starting to emerge such as Los Angeles, Salt Lake City, Philadelphia and Phoenix.