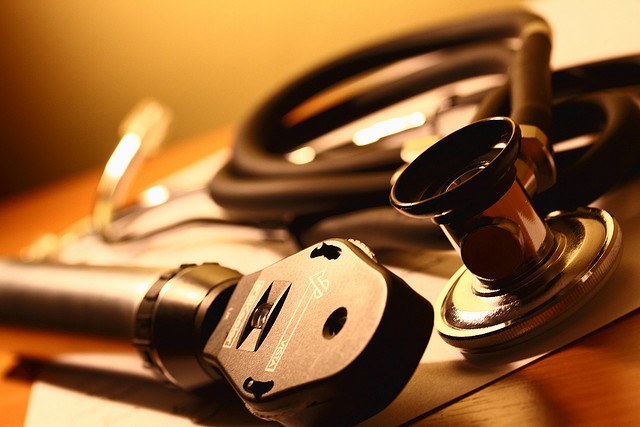 Ms. Jeannie is a 65 years old woman, slightly overweight with mild hypertension that is perfectly controlled. Ms. Jeannie is the office manager at Dr. Abrams, the pediatrician down the hall, who’s been taking care of your kids since you moved here. Ms. Jeannie called earlier because her allergies are killing her today and she’s out of refills for her blood pressure meds anyway. After an uneventful 15 minutes, and a brief chat in the hallway, Ms. Jeannie pays her $15 copay and heads back to work. Medicare will pay you another $60 in a few weeks. On to Bob Burns who is here for his DOT physical and his BP is through the roof… again…

Somewhere in our nation’s capital, someone has decided that when you go about your day like this, you’re doing a lousy job, because you provide very little bang for the buck they pay you. Maybe Jeannie could have seen your nurse instead of wasting your time with trivial things. Maybe she could have just stayed at her desk in Dr. Abrams’ office and talked to your nurse over Skype or email. And why is it that you can’t get a grip on Bob’s blood pressure and make him take his meds and understand that driving a truck is not a form of exercise? You need to provide value, instead of just counting volumes and volumes of expensive visits that may or may not work. This is wasteful. You need to learn how to do better with less money.

This is the heart and soul of MACRA. This is what 962 pages of gibberish are trying to elucidate for those who have the time to read 962 pages of government regulations on a Wednesday morning. You can certainly try to set aside time to pore over the intricacies of how Medicare plans to not pay you the $60 it owes you for seeing Jeannie, but if you have twenty to forty hours to read, I’d suggest taking another shot at Ulysses which may be a more rewarding and less frustrating choice. In Medicare’s defense though, it’s not that they don’t want to pay you anything for seeing Jeannie. No, that would be dumb. The 962 pages of labyrinthine regulations are about $3 that Medicare may be withholding from or adding to your $60 remittance for similar visits with Ms. Jeannie in 2019.

There are plenty of good summaries of MACRA out there (here is a great one), so I’m not going to repeat any of that here, because frankly, it doesn’t really matter. First, the SGR formula which MACRA is supposedly replacing was never implemented. Chances are good that the furious mathematics at the fraying edges of medicine described in the latest notice of proposed rulemaking will suffer a similar fate. Second, even if Medicare spends the prerequisite billions of dollars to implement a national mechanism for withholding your $3, booking one more patient per day will completely neutralize any effects on your practice and your personal income. Alternatively, and particularly if you are “of a certain age” this may be a great opportunity to spruce up your golf game, as Dr. Halamka himself is suggesting.

Have you ever trained your pooch to walk nicely on a leash, to sit and stay and rollover whenever you tell him to? If so, chances are that you used those little bits of liver treats to reward good behavior. You don’t reward your pup in training with huge T-bones because he will ignore you for the next hour or two as he enjoys his bone. For obedience training, you use cheap, tiny morsels over and over again, along with profuse words of encouragement, until Rover gets the idea, and then you replace the liver bits with a pat on the head, and then you just assume that the dog is conditioned to always do what you want him to do, without rewards. And that’s how Rover becomes a good dog. The $3 Medicare incentive is your liver bit. Using it repeatedly, every 15 minutes or so, all day every day, is how you will be trained to become a good doctor.

The people who run programs like the MACRA are not stupid. They know, and the math is pretty straightforward, that the $3 training morsels won’t make any difference in Medicare finances, but at the end of the day you will learn to always pay attention to the handlers and respond to nonverbal cues in a reliably consistent manner. For example, many EMRs today have special markings for data fields that must be captured for Meaningful Use or PQRS. Some are color coded, others are marked with little stars and practically all have lists of items that were “satisfied” or not. Those are equivalent to yanking Rover’s choke collar, quickly, gently and ever so slightly. Nobody wants to hurt their “best friend”. We train docs for their own good, because well trained, obedient dogs are happy dogs.

Unfortunately, not all dogs are created equal. Great Pyrenees for example were bred for centuries to work independently, mostly alone, mostly at night, to protect their sheep from big bad wolves. Having shared my home with a few great ones over the years, I can tell you that they find fetching sticks a rather uninteresting proposition. Buried deep in the bowels of the 962 pages is a cute little table forecasting whose chain will be yanked and who will be getting those $3 bits most of the time (page 676). As you would expect, 9 out of 10 solo docs and 7 in 10 docs practicing in groups of less than 10 will be penalized, while over 80% of those working in very large systems, or rather their employers, will get rewarded. The heart and soul of MACRA has no room for independent doctors. They either submit themselves to employment in the service of big corporations, or go their separate way.

A century ago, under similar circumstances as we are experiencing today, Louis D. Brandeis railed against the “curse of bigness”, and particularly the bigness of bankers who used “other people’s money” to exert undue influence (control) over the nation’s economy solely for their personal benefit and with complete disregard for the welfare of the people. To be sure, Justice Brandeis, as Thomas Jefferson before him, was disgusted with big corporations and big government as much as he was appalled by big banks. Both before and after his Supreme Court appointment, Brandeis experienced significant success in his crusade against bigness, but a century of American politics as usual managed to destroy practically everything he achieved, and to add insult to injury, today it’s not just the big banks that get to play games with other people’s money.

The 962 pages (with more to come) of MACRA regulations are how big government is creating a set of financial instruments that nobody understands (including the authors) to affect 20% of the American economy, not to mention the lives of 300 million people, using other people’s money to benefit the bottom lines of big corporations and for the personal aggrandizement of political appointees. I may be wrong, but I believe Justice Brandeis would be irate at the mere thought that the Federal government is proposing to award 7.5 cents to medical doctors who are “registered for a minimum of 6 months as a volunteer for domestic or international humanitarian volunteer work”. Thomas Jefferson would probably observe that our tree of liberty is long overdue for some refreshments, but I digress.

From its inception, health care reform has been focused on diverting physicians’ attention from patient care, which comes naturally to most of them, to counting things supposedly representing patient care. First came counting scripts sent electronically to pharmacies, then came counting the number of times the mammogram box was checked, the number of times the Pacific Islander box was ticked, the number of times one glanced at this or that list, culminating with the number of dollars patients are costing the insurance company. The MACRA is just the next step in the succession of incremental steps designed to transition Medicare to a Medicount program.  The problem with this strategy is that you are counting other people’s money.

Every dime the Federal government spends on obedience training (or culling) for doctors, is our money. Every nickel Medicare is spending on managing the largest accounting exercise known to mankind, is our money. Every penny commercial insurers spend on adopting the Medicount method, is our money. We are the true risk bearers for this experimentation, and so far we are seeing nothing but downside. Public health expenditures are going up. Private insurance premiums are going way up. Out of pocket expenses are going up. Our life expectancy is going down. Suicide rates are up. Addiction rates are up. Mental distress levels in general are up. And yet we are all compelled by taxation laws to fund our own demise without honest representation, without informed consent and without any legal recourse.