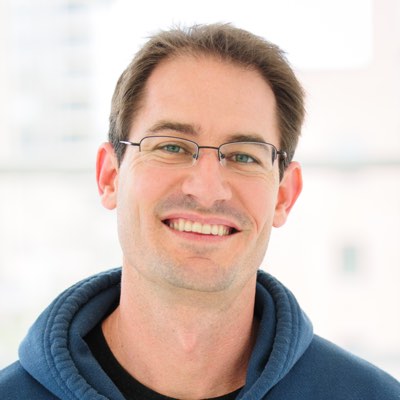 According to Catalyze’s cofounder and CEO Dr. Travis Good, establishing longevity in the digital health space will become wholly dependent on how well startups aim to integrate with existing legacy systems. And what system has more legacy in healthcare than that of the electronic health record.

“EHR integration is crucial to the success of health-tech developers and vendors. This wasn’t true two or three years ago, but it is today, and it will be even more crucial over the next two to three years. We tend to think that securing pilots is a major roadblock for health developers, and it is, but succeeding in a pilot is very different than succeeding in scaling—scaling requires EHR integration.”

EHR Integration No Longer A Luxury But A Necessity

Health providers’ preferred method of data implementation is the EHR after all, and with many EHR systems quickly becoming the backbone of healthcare organizations, the need to integrate is no longer seen as luxury but a necessity to those looking to tap into the digital health space. This is not a new concept or conquest for developers, but the evolutions of reform and increased access to apps, wearables, and telehealth innovations have brought with it an expanded view of data exchange.

For the past several years, the inroads to integration have been paved with HL7 messages and APIs. However, those pathways have proven to be less than smooth. Additionally, major EHR developers like Cerner, Epic, and Athena have created open APIs and app stores for developers, but how successful this approach to integration will be remains to be seen. Now, the promise of fast healthcare interoperability resources (FHIR) is breathing new hope into healthcare’s interoperability problem, but it too remains a work in progress.

So what’s an ambitious developer to do? Good says whatever you do, don’t wait for the process or the access points to get easier, because there’s a lot more to consider: “EHR integration tends to be synonymous with message types, but if you’ve completed an integration with an EHR, you realize that it is much more of a process. It’s a journey. Message types, integration engines, and web services are one step in this process. Combining messages with programmed logic, security, and project management are just as essential to getting to the finish line of an integration.”

Big-time developers have begun to dip their toe into integration. Take Apple’s HealthKit, for example. Yet, HealthKit’s primary focus has been getting health and fitness data into an EMR/EHR as opposed to drawing clinical information out. And that’s where the buzz of the latest product that integrates with EHR systems reveals the necessity of real integration, which is a binary flow of data both to and from digital health applications and legacy systems.

EHR Integration is a Journey, Not an API

It’s those kind of challenges Good and his team at Catalyze are trying to tackle. Good sees integration as a journey and his company as a Sherpa of sorts to guide today’s digital-tech innovators.  It can be a steep hill to climb, especially for green developers, who haven’t encountered the challenges of collaborating successfully with hospital IT groups that don’t always make integrations a priority, or the daunting and time consuming issues that may arise when setting up and managing virtual private networks (VPNs). Catalyze is trying to eradicate those interoperability ills with its product Redpoint, which serves as the single source for external integrations – both for reading data from EHRs as well as writing it.

“Oftentimes you hear CIOs and IT groups talk about being roadblocks for integrations, not by choice but because they have to re-invent the wheel over and over again – setting up interfaces in the EHR, creating VPN connections, and so on,” said. Good. “Redpoint removes those roadblocks and adds in data control features and assurances that healthcare organizations need – turning on and off connections, unified logging of access to ePHI, filtering of data to assure only minimum required data is exchanged—and all of this is done on a HITRUST Certified platform.”

Of course, Catalyze isn’t the only company out there trying to help digital developers integrate. Good knows that. But he thinks that his company is taking a more realistic and honest approach to helping developers by offering more than an off-the-shelf solution. Products and pitches aside, Good is right about the evolving need of integration with EHRs—the need to integrate is quickly becoming imminent.

Big Data Analytics is estimated to grow over $34.27 billion by the end of 2022. The value of harnessing that data will move beyond the realm of the largely transactional data of EHRs and draw from other sources such as socioeconomic data, which is now being discussed as an essential for risk based contracting. Another untapped source of data to consider will be from digital health vendors who are collecting vast amounts of continuous dimensions on individual users. “Integrating these different sources, and maximizing the amount of dimensions on individuals, is the key to getting an ROI on big data strategies, and the area in which we are taking Redpoint,” said Good.

The flourish of new technologies and data types poses the potential to muddy the waters of integration and interoperability even further, especially over the next few years as organizations adopt value-based models of care.

Good’s advice: “Integration is hard. An API doesn’t solve it. Neither do consultants, at least at the pace and scale that health systems need integrations. To truly be successful, digital health technologies need to be able to successfully complete the entire integration journey, starting with selling the value of integration and the ability to integrate all the way to exchanging production messages back and forth with EHRs. To do that successfully now and in the future, you will need a guide.”