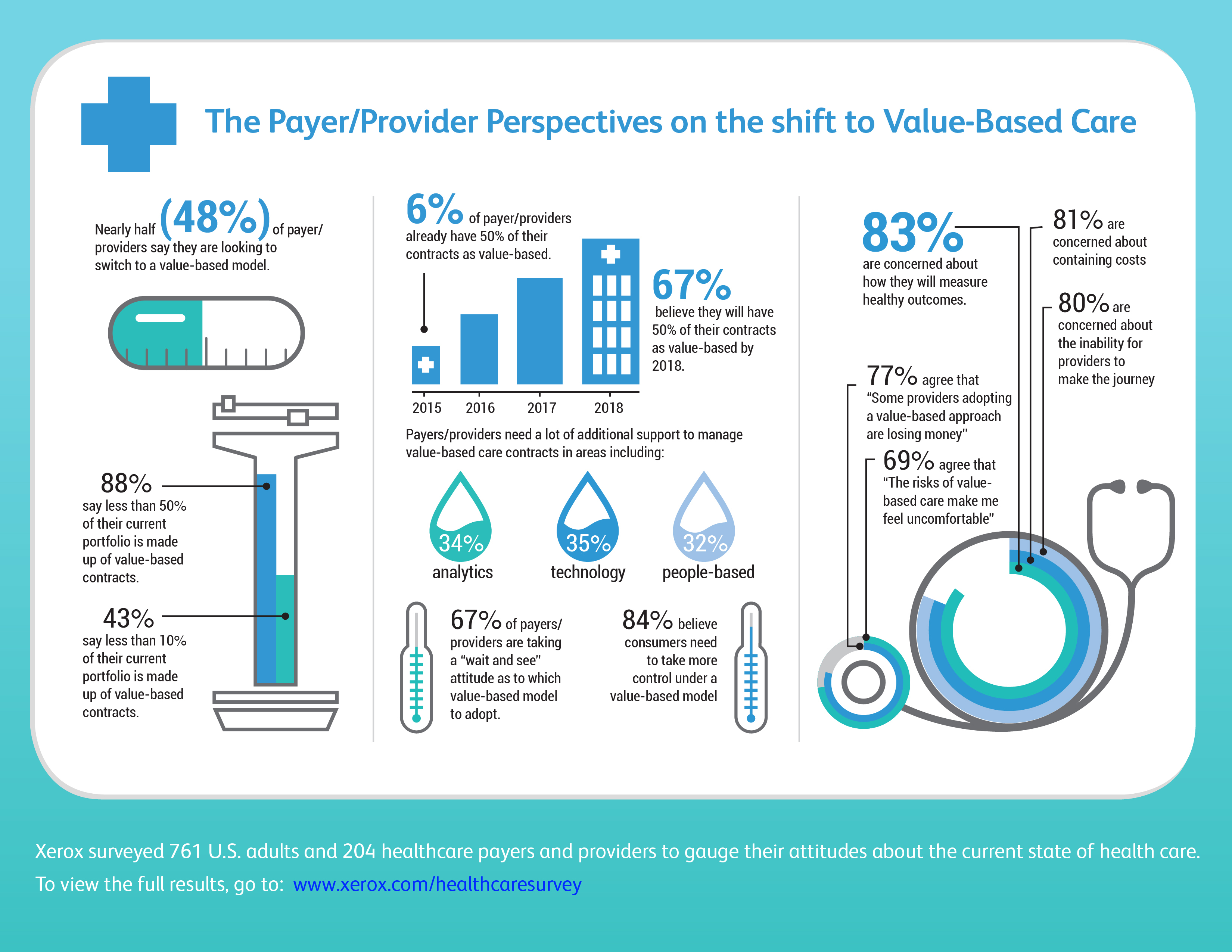 By 2018, the Centers for Medicare & Medicaid Services (CMS) will require 50 percent of payments to be value-based, meaning providers are compensated for healthy outcomes rather than each service provided. According to new research from Xerox, 69 percent of healthcare providers and payers are uncomfortable with the risks of value-based care, and 77 percent agree that some providers are losing money by adopting the approach.

Other key finding of the survey include:

– Of the commercial reimbursements, 64% are currently 50% or less value-based

– By 2018, 67% of respondents believed that at least half their payments/reimbursements would be value-based (though only 6% have already attained this mark).

– Of the Payer/Providers who’ve already implemented value-based care, half indicate they are already seeing the benefits

– A solid majority of our sample agreed that value-based care would provide at least some benefits for all three major parties: payers (86% agree to some extent), patients (82%), and providers (76%)

– When asked about their major concerns with value-based care, Payer/Providers indicated the top three were “how to measure healthy outcomes” (83%), followed by “cost containment” (81%), and “an inability for providers to make the journey/poorly optimized physician networks” (80%).

– Solid majorities of Payer/Providers indicate How much additional support are you needing to manage your value-based care in the following areas? they need of at least some help to handle the challenges of implementing value-based care across the full gamut of analytics, software, service, technology, and people-based services

– To build value-based contracts, Payers/Providers indicate they currently have a range of information needs, particularly with clinical data (64%).

To view the full results of the survey, visit: www.xerox.com/healthcaresurvey.