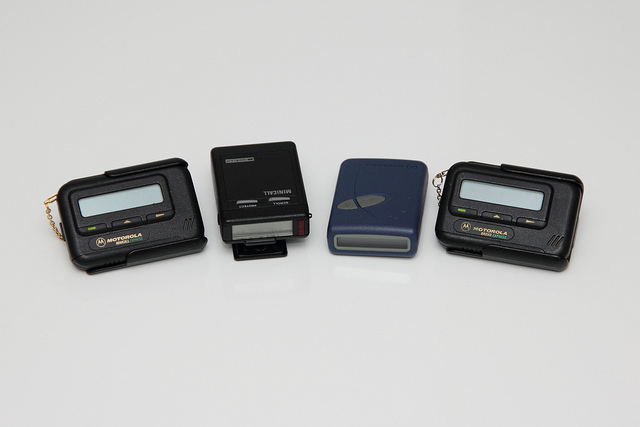 Even in the age of smartphones, an astounding number of pagers are still used throughout the healthcare industry. New research shows hospitals overpay by 45% for antiquated paging technology, according to a new study sponsored by TigerText. The study reveals how significantly U.S. hospitals are overpaying to maintain legacy paging services.  The HIMSS Analytics research in which 200 hospitals were surveyed, revealed that 90% of these organization still use pagers and on average spend around $180,000 per year.

This in-depth study, titled The Hidden Cost of Pagers in Healthcare, included research from HIMSS Analytics and other market research.  The HIMSS Analytics research found that the average paging service cost per device was $9.19 per month, compared to industry research showing the cost of secure messaging app alternatives to be less than $5 per month.

“Nothing would make me happier than to move away from pagers,” said one CIO at a leading university hospital who participated in the study. “At one time, pagers were more convenient, before people had their cell phones on them all the times; however, there are significant challenges with not using updated technology, such as not having a centralized directory, contacts and call schedules.  I think people are going to be happy to shed a device and instead walk around with a device that is theirs and that they already rely upon every day.  I think we are in a transition state.”

HIMSS Analytics research finds significant “soft” costs from the continued use of pagers, including:

– A lack of two-way communication was the most commonly cited disadvantage of using pagers among the executives interviewed as part of the study.

– One-way paging does not give recipients full context nor the option to provide feedback or ask questions, costing care teams precious time to manage patient care.

– Pagers were seen in interviews as causing communication gaps by not allowing users to update contact directories and on-call schedules, which are critical to effectively reaching physicians.

– Survey respondents noted the inconvenience of carrying and managing more than one device.

– The limits of paging systems operating only on a single network was perceived as a significant disadvantage, unlike smartphones which communicate across multiple networks (i.e., cellular, WIFI).

“We are dedicated to transforming healthcare communication to help doctors, nurses and other healthcare workers to deliver the best patient care possible,” said Brad Brooks, CEO and co-founder of TigerText.  “This survey illuminates why the healthcare industry should leave their pagers behind.  We now know paging technology is not only a hindrance to sharing data and collaborating around a patient’s case, but also extremely costly to U.S. hospitals.”