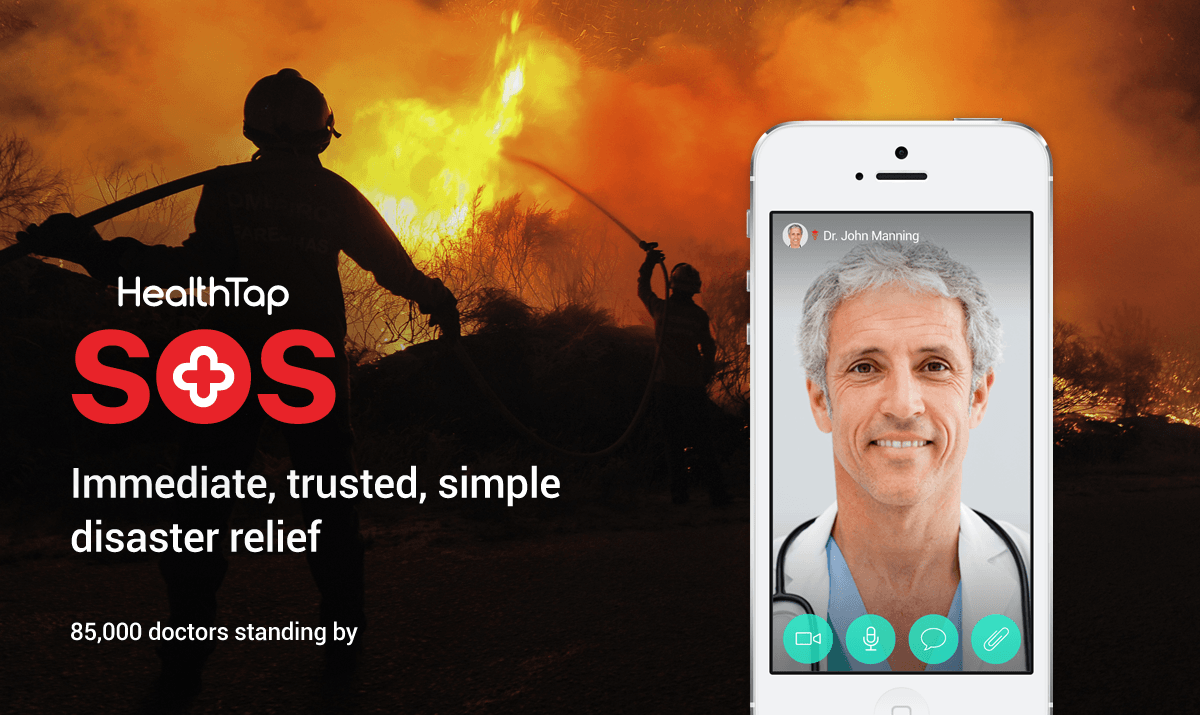 By virtually deploying doctor knowledge and expertise to jumpstart the relief process, including before local first responders arrive, HealthTap SOS has the potential to fundamentally improve relief efforts across a range of disaster events: from natural disasters such as earthquakes, floods, and tornadoes to manmade disasters such as nuclear accidents, chemical spills, or even acts of terror.

When multinational Fortune 500 company Flex faced the impact of a disaster in December 2015, HealthTap was there to help. Many Flex employees are residents of Chennai, India, where severe flooding created significant health and safety concerns. Through its network of top doctors, HealthTap provided thousands of residents with life-saving information on mitigating the spread of Leptospira, a potentially harmful bacteria often found in large stagnant pools of contaminated water. Shortly after the disaster, HealthTap and Flex worked together to ensure that an entire population received on-point information about the “do’s and don’ts” of accessing water during a flood: how to use the limited supply of clean water together with sugar to keep hydration levels up, and how to remain safe until access to physical resources became readily available.

“We are so thankful for HealthTap’s speed and efficiency,” said Paul Baldassari, Chief Human Resources Officer of Fortune 500 Company Flex in a statement. “We needed to quickly provide thousands of our employees with accessible, easy-to-use information and virtual care, and that’s exactly what HealthTap delivered. Access to physical resources was extremely limited, and through HealthTap’s proprietary technology and deep domain expertise, we were able to help our employees and their loved ones during an extremely difficult situation. We are proud to partner with HealthTap and support their efforts to bring this much-needed service to population managers around the world.”

– Curated feed of doctor insights in the form of answers to frequently asked questions, tips, and checklists

– Answers and consultations from real, caring doctors across 141 specialties

– 24/7 immediate access to physicians via video, voice, and text chat

– Mental health counseling and support from psychiatrists and clinical psychologists

– Through the power of HealthTap HOPESTM, population managers receive real-time individual and population health insights, including information on what members need and where they are

– Data segmentation—such as by location, age, or gender—for further analysis

« Report: The Digital Health Innovator’s Mini-Handbook
Report: 66% of Providers to Focus on Improving RCM in 2016 »