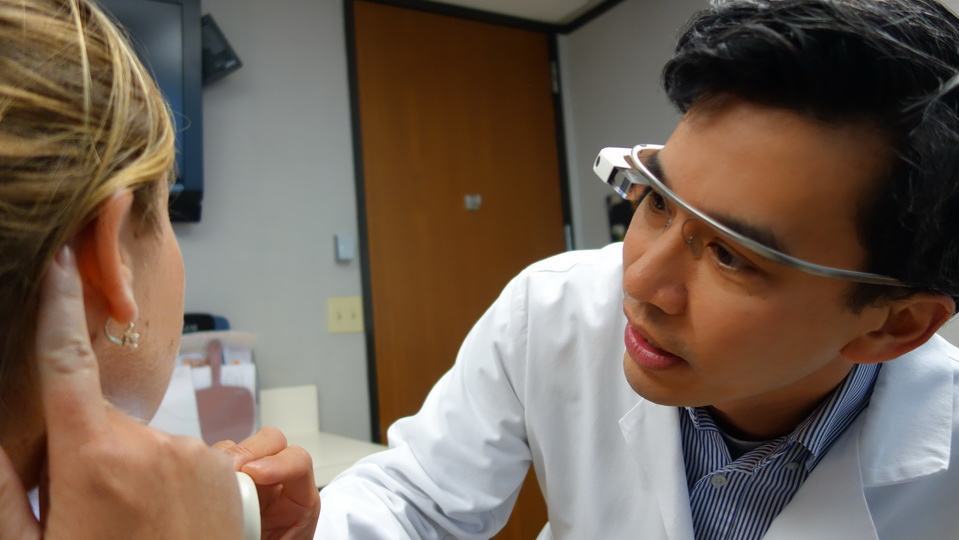 From Google Glass to the latest in consumer technology, Augmedix’s Pelu Tran tells us where wearables are headed in healthcare. 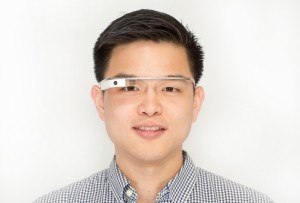 Seems like everyone is talking about the proliferation of wearables these days. It’s hard to find a wrist that doesn’t don one of the latest health tracking devices. In 2015, the wearable trend also gained greater traction among healthcare providers—with gadgets like Google Glass displaying great potential in multiple areas from surgery to telehealth.

As wearables and their applications continue to multiply, a single and familiar question emerges: where exactly will wearable technology lead us?  Is this garnering of such gadgets and their wealth of health data merely a trend, or is there real staying power within these little devices to create substantial impact in healthcare?

According to Augmedix’s Pelu Tran, president, CCO and cofounder, the potential of wearables like Glass is rather large and still largely untapped, as most companies have only begun to scratch at the possibilities that lie beneath its translucent surface. When it comes to clinical documentation, however, Tran thinks his San Francisco-based startup has it pretty well covered, having developed a HIPPA-compliant documentation software enabled via Glass to simplify patient charting.

Aside from making the experience hands-free thanks to the sophisticated specs, the audio/video documentation is then transcribed so it can be integrated directly into a provider’s existing EHR. This eliminates a major pain point for physicians while allowing them to return to a more natural state of care delivery. “The technology encourages the preservation and importance of human interaction,” said Tran. “Something we know is important if not essential for physicians to be effective in their practices.”

Tech-savvy fanfare aside, Glass does have its limitations. Some critics have speculated that the device doesn’t have the wireless connectivity or battery-life needed to keep up with the fast pace of today’s busy and often administratively burdened physicians, especially if we are to see Glass show up in more critical care arenas such as the ER and OR. There have been whispers of a next generation of Glass in the works, but it’s not confirmed when and where we might see an updated version.

Nevertheless, Glass’ functional limitations are not limiting the inspiration to innovate; new startups continue to sprout with the sole purpose of supporting Glass in the healthcare field, a trend that will surely continue, according to Tran.

“Every new form factor will have its challenges. This has been true of everything from smartphones to wearable technology,” he said. “We have been successfully delivering a high-quality and incredibly reliable service to our doctors and health systems for a long time, and have already put together all of the technological components, from media streaming to intensive security, that is required for the service to work. To be honest, the enterprise sophistication and HIPAA security of our platform and technology has become one of our major selling points.”

Glass is finding itself further enveloped in the healthcare environment thanks to companies like Augmedix filling in the gaps in functionality, but there is a lot that still needs to happen for the device to reach its exponential potential. Further sophistication is imminent if not pertinent to conquer the very real challenge of eliminating existing data silos. As wearables take hold in healthcare, there will be more data to sort and sift through, as well as more data to secure.

Therefore, companies like Augmedix will be left with the task of establishing that information is secure and HIPAA compliant, but integrating that data will remain a challenge in healthcare, especially when considering the wave of big data now emanating from consumer wearables.

“I don’t think challenges regarding data transparency will come from wearable-technology companies like Apple and Fitbit that are responsible for the vast majority of consumer wearables,” said Tran. “The challenges of getting those various sources of information into the EHR, however, is one that I hope we can deliver on, helping ease the burden for doctors. It’s not something we’re doing or that our doctors have asked for right now, but I can see it being a part of the value we provide doctors in the future.”

Where will Consumable Wearable Data End up?

Do consumer wearables really have the place in the healthcare equation? After all, there is much speculation (and evidence to support such speculation) that wearables are not going to improve outcomes by changing minds. With that in mind, does this mean that consumer wearables are a fad that will surely fade in healthcare? Tran isn’t sure: “The healthcare delivery industry still struggles to derive insights, interventions and outcomes from the data that wearables bring, and closing the loop there continues to be blue sky territory,” he said.  “It remains to be seen whether that solution will come from technology companies or from provider organizations.”

The future of consumer wearables remains unclear, but new innovations are cropping up there, too. Some interesting innovations that have caught Tran’s eye: new compression shorts and shirts designed by companies like Athos, and a product designed by a company called Spire, which tracks breathing patterns and correlates it with anxiety and mindfulness. Perhaps it’s too early to call it quits on the potential impact of consumer wearables, as room for much improvement remains.

“Wearables have gotten good at telling people what they’re doing wrong. They haven’t yet gotten good at making it easy for people to do things right,” said Tran.” Imagine if in addition to tracking how far you walk, your wearable also provided real time suggestions for you to take the stairs as you entered the building, or saw where your next appointment was and reminded you to leave a few minutes earlier so you could take a longer route. Behavior modification is most effective when it’s in real time, and we’re just starting to crack that nut.”

Tran continued: “It’s all about being able to intervene in real time. There’s not much use to a doctor looking at the past six months of your fitness data and noticing you haven’t been walking. It will be more valuable for them to prescribe a certain level of activity and customize your wearable to help you reach that goal.”

As far as provider- focused wearables like Glass go, we haven’t seen the last of it, not by a long shot and Tran is excited about what’s possible there: “I’m incredibly optimistic about the promise of Google Glass in telemedicine and care coordination as the technology matures,” he said. “Imagine being able to visit a doctor in a rural clinic and giving them the ability to get real time advice from specialists or experts around the country. This extends beyond specialist doctors— what if you could share the visit with a remote family member or care coordinator?”

Tran knows that Augmedix won’t be able to design every application for Glass and that’s OK. There’s plenty of uncapped opportunity and potential wealth to go around. Still, Glass won’t be the only wearable to grace healthcare. Tran is confident, that this is only the beginning of a much bigger picture of wearables in the workplace for healthcare providers.

“There’s no doubt that wearables are here to stay. The question is more when, not if. The ongoing trend away from fee-for-service to accountable care organizations, the shift from intervention to prevention, the increasing connectedness and savviness of the general population –these are all things that are pulling patient care out from the box of an episodic visit and transforming it into the concept of supporting ongoing wellness,” said Tran. “As to when that will happen, that depends a great deal on wearable companies and provider organizations better understanding and supporting well-designed initiatives and services like ours.”