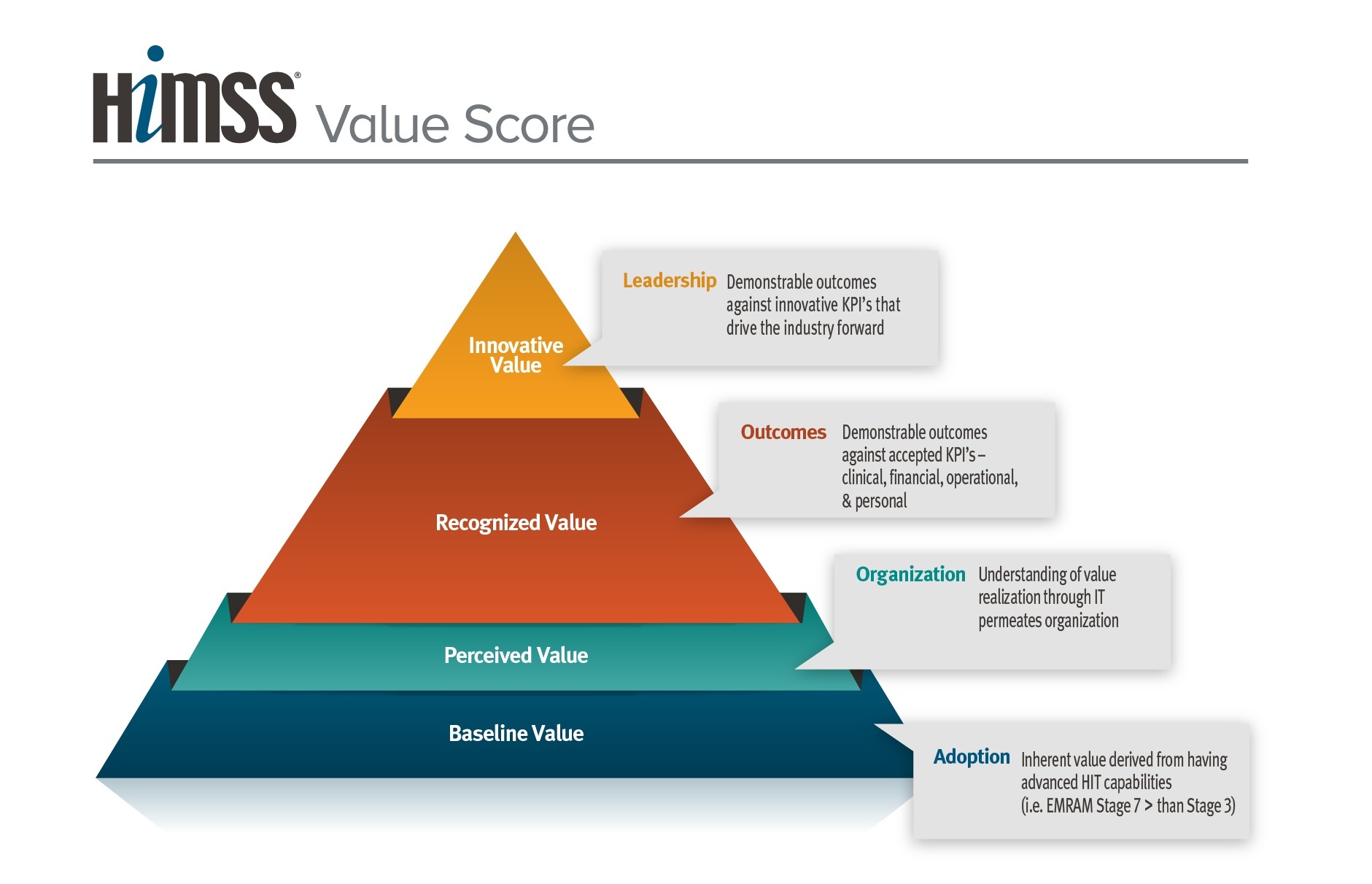 On Monday, HIMSS released the 2016 finding of its Value of Health IT survey that reflects the feedback from 52 senior IT leaders representing HIMSS Analytics EMRAM Stage 6 or 7 hospitals and HIMSS Davies winners, during the Summer/Fall 2015. The survey found that found that 88 percent of organizations with advanced EHR environments identified at least one positive outcome from their use of an EHR.

Elimination of duplicate testing and access to patient information were the top areas in which efficiencies were noted at respondent’s organizations.

The three areas where respondents were most likely to report achieving a positive financial impact were coding accuracy, days in accounts receivable (AR) and transcription costs.

The area with the most positive impact as a result of their organization’s EHR implementation was the ability to share information among providers.

Prevention and Patient Education:  69 percent of IT leaders reported that their organization has implemented a formal patient engagement strategy, only 42 percent currently have a population health strategy in place at this time.

Additionally, respondents reported beginning to see a positive impact with respect to their EHR implementation in a number of areas, including use of a patient portal (61 percent) and distribution of patient education materials (50 percent)

Barrier for Deriving Value from EHR Implementation: Respondents indicated that “competing priorities” was the biggest barrier to driving value from their EHR implementation.

Limited exclusively to hospitals with highly sophisticated EHR environments (e.g. hospital having achieved Stage 6 or 7 on the HIMSS Analytics EMRAMSMmodel and HIMSS Davies winners) the survey identified and profiled patterns in Health IT value experiences leveraging the HIMSS STEPSTM model. TheHIMSS STEPSTM model, one of several components in the Health IT Value Suite, is a framework which categorizes health IT value experiences into five general areas:

While value expressions were registered in all five areas of the STEPSTM model, the findings from this study reveal that treatment/clinical benefits were most common to EHR leading healthcare organizations.