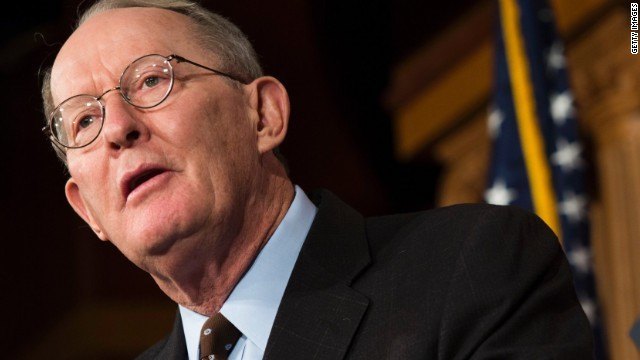 “We hear a lot about the negative effects of the medical device tax, but what I’m hearing more from the medical device community is about the negative effects of regulatory burdens on doctors and patients,” said Alexander, chairman of the Senate health committee. “We’ve had a breakthrough in medicines; now it’s time for a breakthrough in medical devices in America, and I’m working on legislation to improve the way drugs and medical devices are discovered, developed, and approved in our health committee’s innovation legislation later this year.”

In 2012, the Advancing Breakthrough Therapies for Patients Act was signed into law as part of the FDA Safety and Innovation Act, which created a breakthrough pathway to safely shorten the development and approval time for drugs, in order to get them to patients who need them more quickly. “This program is a big success. As of Oct. 19, 2015, thirty drugs designated as breakthrough have been approved,” Alexander said.

The Advancing Breakthrough Devices for Patients Act was introduced in April 2015 by Senators Orrin Hatch (R-Utah), Richard Burr (R-N.C.) and Michael Bennett (D-Colo.), with the same goal of shortening development time and regulatory review of safe medical devices to get them to patients sooner, and is intended to be considered in the health committee’s innovation legislation later this year.

Alexander said the Tennessee Dept. of Economic and Community Development “has identified medical devices as one of Tennessee’s most important exports, and Memphis-area medical devices are the top export of the region, accounting for $3.2 billion of the region’s $11.3 billion in exports. The Memphis area and the state of Tennessee are at the forefront of this technology that is so crucial to improving Americans’ health and quality of life.”

Senator Alexander is also a co-sponsor of the Patient Access to Disposable Medical Technology Act of 2015, which allows Medicare beneficiaries to have coverage for disposable durable medical equipment, so that Medicare patients have access to technological advances for medical equipment used at home.

Along with addressing the regulatory burden on medical device makers, the health committee’s draft innovation legislation would:

3. Help the Food and Drug Administration keep up with today’s rapid pace of scientific discovery by recruiting the best scientists, personnel, and outside experts;

Alexander is cosponsor of legislation to repeal the 2.3 percent excise tax on medical device manufacturers, the Medical Device Access and Innovation Protection Act, which last Congress had the support of 79 senators during 2013’s budget discussions.

A 2014 survey from a medical device trade association found that the tax has so far caused a loss of 33,000 jobs across the country in the medical device industry, and other reports indicate companies are reducing research and development as a result.