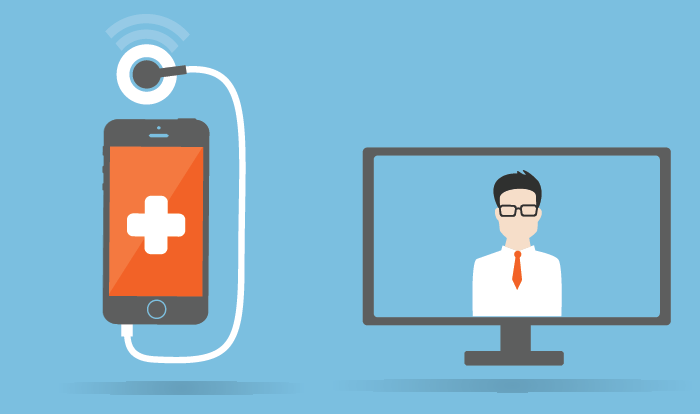 Approximately 75 percent of patients reported they either would not trust a diagnosis made via telemedicine, or would trust this method less than an in-doctor visit, according to a recent nationwide study conducted by TechnologyAdvice Research. The report reveals that although telemedicine initiatives may have a promising future to increase reliable access to basic and preventative care, patients remain dubious about this remote option and the quality of diagnosis made during virtual appointments. Nearly 65 percent of respondents said they would be somewhat or very unlikely to choose a virtual appointment known as a telehealth visit, while only 35.4 percent stated the opposite.

Telemedicine is a newer technology in the medical industry, with greater lack of familiarity, but data from the study shows that younger patients may be less skeptical. Only about 17 percent of 18-24 year old respondents, and 24 percent of 25-44 year olds, said they wouldn’t trust a virtual diagnosis. Also, 65 percent of respondents said they would be somewhat or much more likely to use a virtual appointment system if they had first seen the doctor in-person.

“If patients don’t trust the diagnoses made during telemedicine calls, they may ignore the advice given, fail to take preventative steps, or seek additional in-person appointments, which defeats the point of telemedicine,” said Cameron Graham, Managing Editor at TechnologyAdvice and the study’s author.

To increase acceptance of telemedicine and use of such services, healthcare providers and vendors need to focus on effectively explaining the advantages of these platforms. A combined 70 percent of respondents reported at least one of the following factors would make them more likely to use a virtual appointment: more convenient scheduling options, lower cost, less time spent in the waiting room, and ability to conduct virtual appointments at home.

The original data contained in the report comes from a nationwide internet survey of 504 U.S. adults (age 18 and over). The survey participants were surveyed about their preferences and feelings regarding telemedicine services. It is important to note the small size of the survey participants when reviewing this report and others.

For more information, the full report is available for download here.