Last Thursday in a Senate Appropriations Subcommittee hearing on the FY2016 budget request from the Dept. of Health and Human Services (HHS), Sen. Alexander asked HHS Secretary Sylvia Burwell if she would commit to working to fix the problems with the electronic health record (EHR) system: 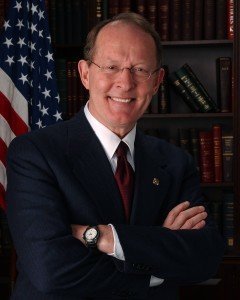 “Doctors don’t like their electronic medical record systems by large,” he said. “They say they disrupt the work flow. They interrupt the doctor-patient relationship. They haven’t been worth the effort. An AMA-commissioned RAND study found that electronic health records are the leading cause of physician dissatisfaction. A medical economics survey last year found nearly 70% of physicians say their electronic health records haven’t been worth it…. So, what I’d like to ask you is will you commit to putting on your list of things that you’d like to get done in the year and nine months that you plan to be here working with us, identifying five or six things that would make this promise of electronic health records something that physicians and providers look forward to instead of something they endure?”

Burwell responded, “Yes. And after our meeting and our conversation, I think we’ve got a working group of staff ready to go, and we are committed to do that. I think that this is extremely important. In and of itself, but all of the things it touches. We’re going to talk about so many things it touches.”