As many as 500,000 people between the ages of 20 and 50 in the U.S. are living with multiple sclerosis (MS), according to the nonprofit National Multiple Sclerosis Society. Up until the 1990s, patients with advised against exercise as it was thought to worsen symptoms and fatigue. Since then, studies have proven the exact opposite with exercise improving  fatigue, quality of life and mood. So with the recent emergence of wearables over the past few year, can using fitness trackers/wearables help MS patients?

A recent three week study conducted by Biogen and real-time patient network research platform PatientsLikeMe showed how people living with MS can use wearable activity tracking devices to collect and share their mobility data, which could potentially provide relevant information to their clinicians and to other MS patients. As part of the 248 PatientsLikeMe members were provided with Fitbit One™ activity trackers.

Of those who received them, 213 (82%) activated the device with the Fitbit website and authorized PatientsLikeMe to access their data. Two-hundred and three of those who authorized sharing of the data synchronized the device with the service and produced tracking data.Participants synced an average 18.21 days of data over the 21-day study (87% adherence). As part of PatientsLikeMe’s member engagement framework, a live concierge service was available to participants to provide answers to technical and other questions.

The three-week study had a lasting impact on its participants, who together took a total of 15 million steps and walked 6,820 miles, the distance from Boston to Beijing. 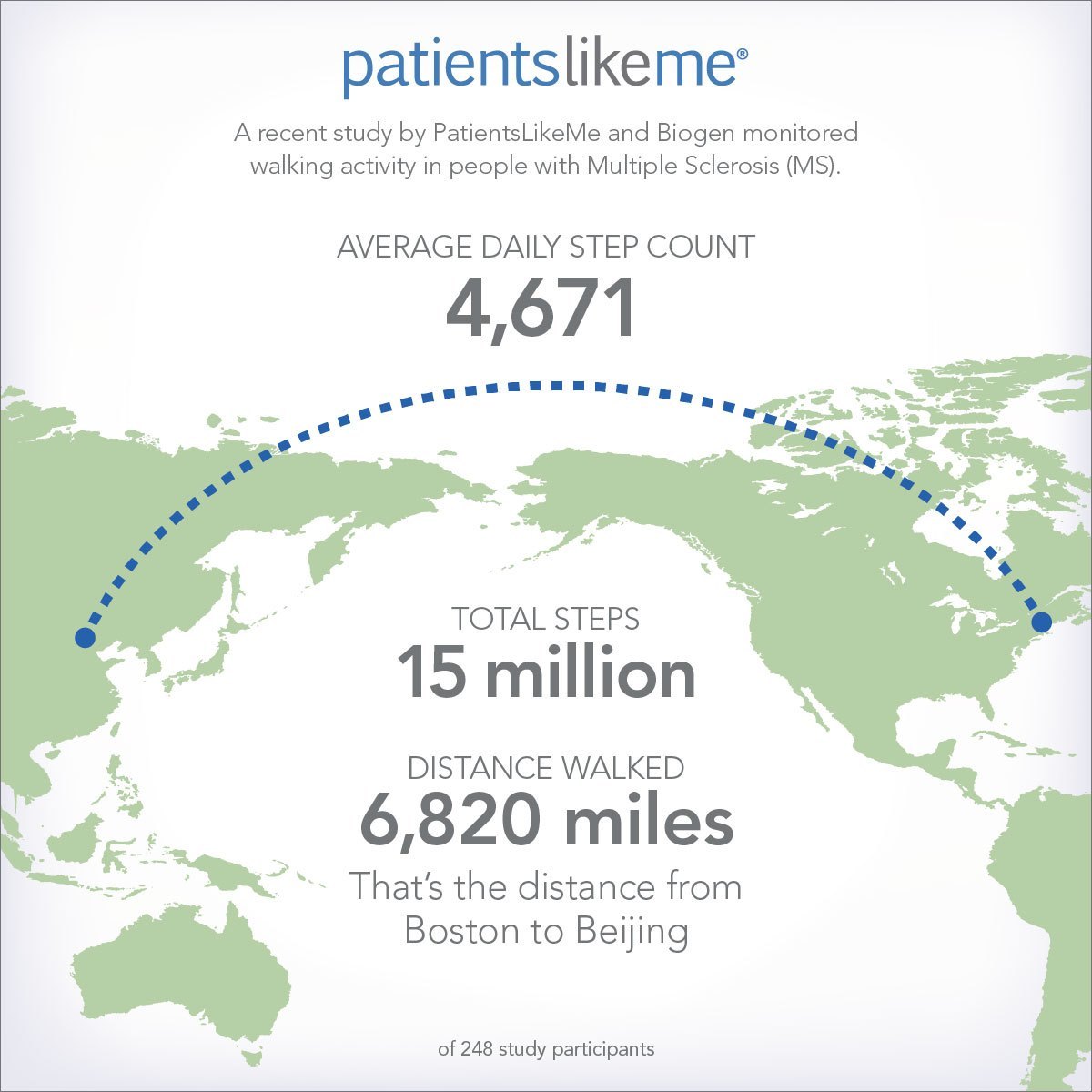 “I got positive reinforcement to do more each day, and that really encouraged me.” said Annette Smiling, a PatientsLikeMe member and study participant who had never used a wearable activity tracker before. “The Fitbit also allowed me to track what I was eating and how I was sleeping. I made more positive choices as a result.”

After the study period, participants were surveyed to learn more about their study experiences and about their attitudes toward technology and physical activity tracking. Of the 191 participants who responded to the post-study survey:

– 55 percent believe that the device helped changed their health routine