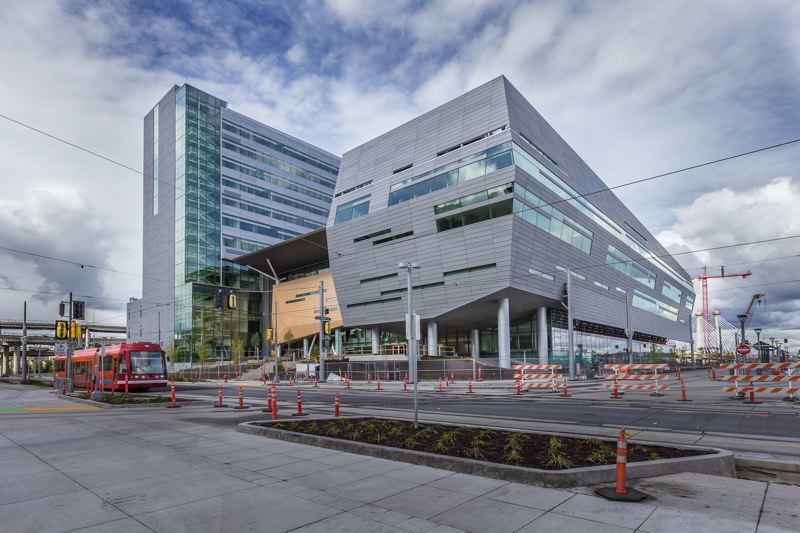 Yesterday, representatives from IBM visited Oregon Health & Science’s Simulation Center that could play a key role in the $11B DoD EHR bid IBM, Epic is vying for, The News Tribune reports. If IBM, Epic wins the 10 year $11B federal contract, OHSU’s Simulation Center in the new Collaborative Life Sciences Building would provide a state-of-the-art training environment for DoD clinicians. Additionally, Tacoma’s MultiCare Health Systems has been selected as the pilot installation site due to its history of partnerships and communication between the military medical system and private care providers. MultiCare is an early adopter of Epic’s EHR platform, first implemented in 1998.

Each year, for example, MultiCare has more than 8,000 instances of sharing records with Madigan Army Medical Center and the Veterans Administration, MultiCare vice president Florence Chang said Wednesday at a briefing about the health system’s role in the federal bidding.

“Madigan is set up for adults, and more specifically for service members and the issues they face,” said Dr. Jim Polo, medical director for Mary Bridge Children’s Hospital and a military veteran. “But lots of kids might need specialty care that Madigan doesn’t have.”

All branches of the military in the Pacific Northwest will be the first to use the new system, and it will be tested here before being installed nationwide.

Madigan treats about 100,000 patients a year in the South Sound.