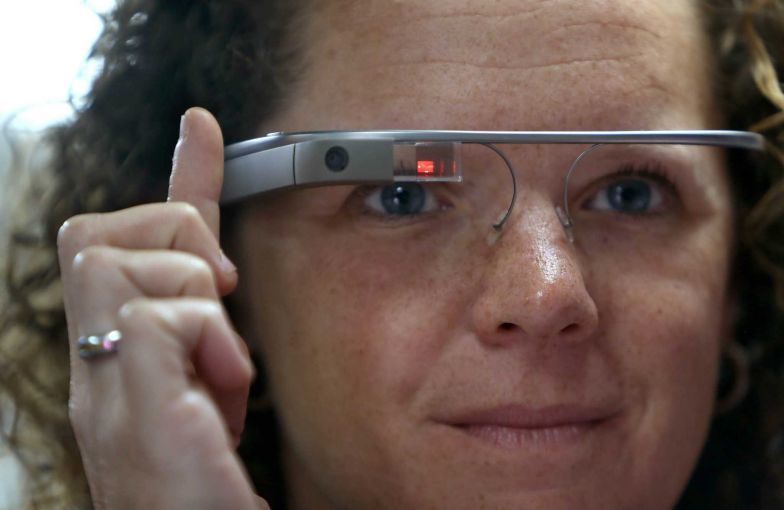 “We can start treatment right away at those sites and save a lot of time. With the brain, this is critical. I think this technology will work all over the county. But we’ll ensure it’s cost-effective, ” Grotta said.

The addition of Google Glass is part of the “stroke mobile unit” launch earlier this year designed to diagnose and treat strokes at patients’ homes and sites of emergencies. The mobile stroke unit is equipped with mini CT scanner and an imaging machine that indicates whether a patient is having a stroke caused by a blood clot. The stroke mobile unit responds to stroke-related 911 calls within a three-mile radius of the Medical Center and is modeled after an experiment Dr. Grotta first observed in Germany. It is the first program of its kind in the nation.

“It takes a long time to get seen in the emergency room. In a sense, (the mobile stroke unit) is like having another hospital. We need four or five of these around the city,” Grotta said.

Grotta and his team will test the effectiveness of the stroke mobile unit, including its use of Google Glass through a three-year study with 150 patients. The key goal is to collect enough data to prove the unit is safe, reliable, reduces patient costs and ultimately gets reimbursed by the federal government for its use. Currently, half of the estimated 65 stroke calls responded by the unit involved patients requiring immediate treatment to dissolve blood clots that could have lead to severe disability or death.

Strokes are the fourth leading cause of death in the United States and a leading cause of disability. It occurs when an artery blockage or a rupture stops blood flow to the brain, depriving it of oxygen. Providing treatment quickly is crucial with an estimated 2 million brain cells die every minute a patient goes without treatment (Hines, Houston Chronicle, 11/4/14).