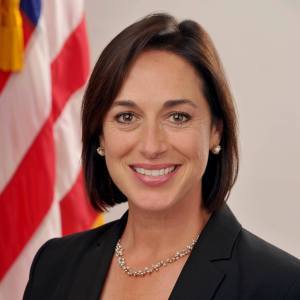 ONC National Coordinator for Health IT Karen DeSalvo is stepping down to become the acting assistant secretary of health to focus on the Ebola response. The position oversees the surgeon’s general office playing a heavy role in tackling public health issues.

“As the acting assistant secretary for health, Karen’s experience as a practicing physician, a senior member of the HHS team, and as a nationally recognized leader in public health, will be invaluable to the department and me. She will bring her knowledge and real-world experience to bear on some of the most important issues confronting our department, especially our Ebola response efforts” said HHS Secretary Sylvia Mathews Burwell, in a notice to her staff.

DeSalvo told her staff Thursday the new role will allow her “to become part of our Department’s team responding to Ebola and work … on other pressing health issues.”

“As you know, I have deep roots and a belief in public health and its critical value in assuring the health of everyone, not only in crisis, but every day, and I am honored to be asked to step in to serve,” DeSalvo said in a staff email.

Prior to joining the HHS, DeSalvo previously served as the New Orleans Health Commissioner and helped lead the public health response during Hurricane Katrina in 2005. DeSalvo will replace Wanda K. Jones, who has served in that role since 2009 (Lillis/The Hill/10/24/14).