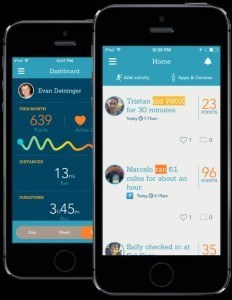 HealthKit functions as a “digital health ecosystem” in which a multitude of devices and apps can capture and share activity data, allowing EveryMove access to an increasingly robust network of data sources and to turn this data into charitable donations. Right now, all EveryMove users can choose to support Seattle-based Fred Hutchinson Cancer Research Center (FHCRC), a world leader in research to prevent, detect, and treat cancer and other life-threatening diseases.

“Integration with HealthKit was a no-brainer for us,” said EveryMove CEO Russell Benaroya. “We’ve seen an incredibly enthusiastic response to the ability to turn a morning jog or yoga class into a real-world positive impact, and HealthKit gives us the potential to facilitate charitable giving at a larger scale through partnerships with corporate sponsors.”

To earn charity donations using EveryMove and HealthKit, simply download the free EveryMove mobile app in the iTunes store, navigate to the “Apps & Devices” screen, and connect to the HealthKit app. Then, select a charitable donation reward and track exercise using any EveryMove or HealthKit integrated app or device. When the required EveryMove points are earned, the donation can be claimed. EveryMove never shares health data with third party sponsors or charity partners.

Since 2013, EveryMove users have earned upwards of $725,000 in donations to more than 25 different regional and national charitable organizations including Make-A-Wish, American Heart Association, Special Olympics, United Way, YMCA, and dozens more.  With the new HealthKit integration, EveryMove plans to greatly expand its charitable giving capabilities in the coming months.

EveryMove is available on both Android and Apple for download.

« Are Health Wearables Evangelists Fools?
Government: Is It The Best Venue for Reaching HIT Interoperability? »