The latest fixation on quantified self movement in the form of wristbands, cuffs and watches has been given a new dimension. It may now be possible to prevent diseases even before you start seeing visible symptoms. According to a recent study, researchers at Affective Computing Group, part of the MIT Media Lab and Georgia Institute of Technology, have transformed Google Glass into a health sensor.

The research team has found that the head-mounted wearable device can seamlessly monitor the physiological signals of the wearer, such as the respiration rhythms and pulse activity, by making use of a combination of sensors in real time. Google Glass is also believed to have the capability of assisting in the early detection and diagnosis of a number of chronic diseases related to the heart and respiratory system, by preventing therapeutic interventions and monitoring chronic illnesses.

The question that rises now is, can Google Glass join the quantified self movement? The answer is yes, according to the researchers. They believe that the device will, in due time, become an indispensable health sensory tool.

An overview of the study 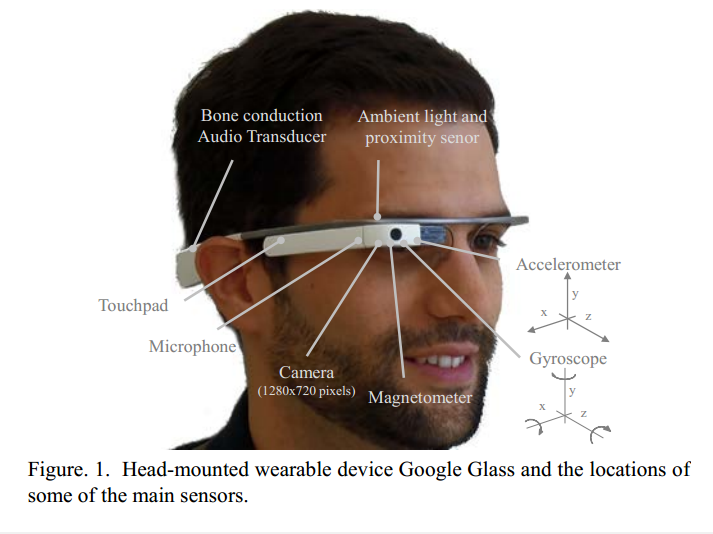 The Google Glass health sensor is designed to capture the egocentric view of the wearer, measuring each periodic movement of the body. A custom-built Android application logs information into the accelerometer to track the linear movement, gyroscope to measure the head’s movement, and the camera to capture the eyes’ imagery—all integrated and built into the device.

The device is designed have a see-through display and a touch screen pad, as well as the range of motion sensors that are available in today’s smart phones. Using these features, it can capture even the subtle movements of the wearer’s head that arise from mechanical ballistic forces exerted by the heart even when the person is absolutely still. The best part is that the wearer can carry on with his/her activities without any interruption.

A team of 12 volunteers (6 women and 6 men) of an average age of 27.3 were asked to wear a beta version of the Google Glass device, stare at a static scene, and breathe normally in a variety of positions such as lying flat, standing, and sitting. The ground rate physiology of each volunteer was calculated using an FDA-approved sensor that recorded the values of pulse and respiration. The same experiment was conducted after the volunteers took part in a rigorous exercise for one minute, to record the post-workout health data.

The results found that the most accurate sensor of the three was the gyroscope. It tracked the respiratory and heart rates, with a mean error of 1.39 breaths per minute and 0.83 heart beats per minute respectively. The other two sensors were not lagging behind either, for it was found that on an average, all sensors provided an optimum performance level. Also, out of the three sensors, the camera consumed significantly higher energy.

One possible risk of the experiment is that the device has currently been tested only in controlled lab environments. The study does not offer feasible solutions to track/monitor motions that are associated with daily fundamental activities. The experiment has, however, opened doors to a whole new era where non-intrusive health monitoring can become the norm.

Traditional devices used for monitoring a person’s health data require attaching electrodes to the body, which can be quite difficult to do on a daily basis. Google Glass health sensor, however, is so advanced that its power consumption, size, and weight are less than a fraction of conventional devices. Although not originally designed for tracking physiological measurement, the device is proven to be more effective than a dedicated heart sensor.

It is certainly possible to take the device to the next level, bringing in new parameters that can monitor an even wider range of sensors. It can be used not just as a fitness tracking device, but it may be capable of saving life one day too. For example, if you’re wearing the device and have a stressful day at work, you can immediately see the changes in your health data. Then, you can make alterations in your behavior to lead a healthier life. It is estimated that a host of health issues, including sleep apnea and chronic insomnia, can be monitored and overcome using Google Glass.

With endless possibilities visible on the horizon, it is certain that the Google Glass health sensor will undoubtedly be an integral part of the future of tracking the health of an individual.