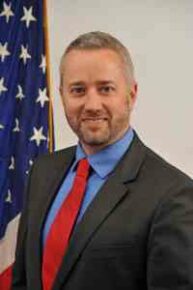 In a note to ONC staff, Karen DeSalvo announced that ONC Chief Scientist Doug Fridsma, M.D., Ph.D. will be stepping down to become the new President and CEO of the American Medical Informatics Association (AMIA). Fridsma is responsible for the creation of the Standards & Interoperability Framework to ensure technical standards and specifications are in place to support the development and success of a fully functional nationwide health IT ecosystem. Prior to the creation of the S & I Framework, Fridsma was involved in the transformation of the ONC’s Nationwide Health Information Network (NwHIN) program into a public-private partnership.

“Until November when he begins his new journey at AMIA, Doug will work closely with me and our senior team to make the transition as seamless as possible for our staff and our partners. As you all know, earlier this year Erica Galvez took on a new role as Interoperability Portfolio Manager, and our work in and focus on interoperability will remain with her moving forward. In addition, Steve Posnack will continue in the role he took on several months ago as the Director of The Office of Standards and Technology,” said Karen DeSalvo in note to  ONC staff.