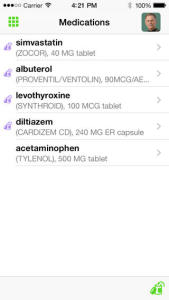 “Apple’s HealthKit has tremendous potential to help close the gap between consumer collected data and data collected in traditional healthcare settings. The Epic customer community, which provides care to over 170 million patients a year, will be able to use HealthKit through Epic’s MyChart application—the most used patient portal in the U.S,” said Dvorak in an email to VentureBeat

The MyChart app gives patients controlled access to the same Epic medical records their doctors use, via browser or mobile app. Patients can access their lab results, appointment information, current medications, immunization history, and more to improve their own health.

According to Travis Good, Co-Founder of Catalyze, he sees the following two major obstacles arise for HealthKit developers:

1. A lack of financial resources to build and manage compliant environments.

2. A general lack of understanding of HIPAA and how it relates to modern technologies.

It’s that lack of understanding that makes the emergence of HealthKit a hot button topic in the healthcare technology community, as it may force developers to recognize they cannot evade the issue of HIPAA compliance if a platform like HealthKit succeeds.