Telehealth companies have raised $433M across 79 deals since since the start of 2007, according to CB Insights Data. The venture capital database and angel investment database company stated in a recent blog post that 2014 YTD funding has already reached record breaking levels with the highest amount of telehealth funding on record, up 130 percent from 2013.  The chart shown below illustrates the funding trend to telehealth companies since 2007. For more information on telehealth funding deals, click here 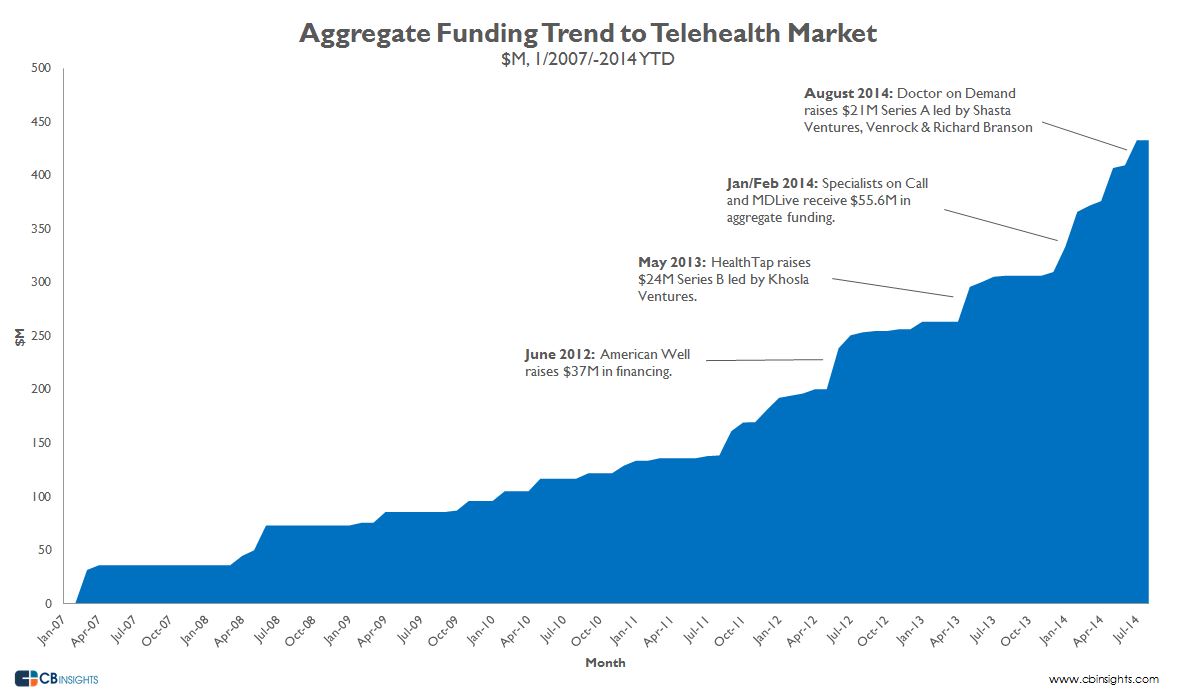