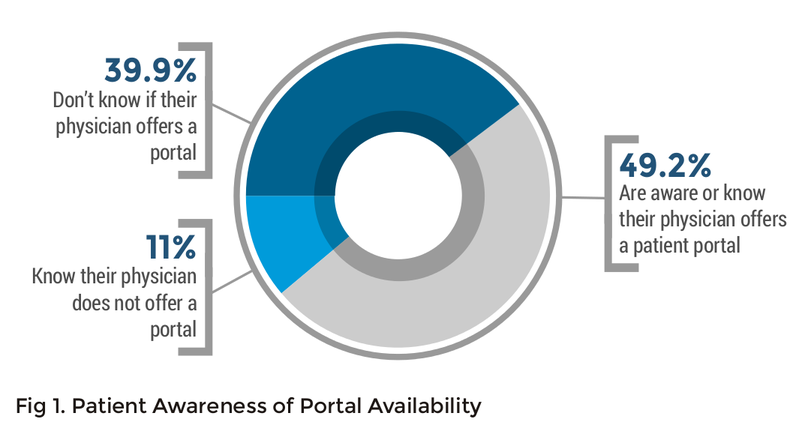 The responses indicate that just under half of primary-care physicians are using patient portal software, and have introduced their patients to it. In total, 49.2 percent of patients reported being shown a patient portal either during their recent visit (26.3 percent) or outside of their visit (22.9 percent), presumably by email or phone. With record high EHR adoption rates and Meaningful Use stage 2 incentives,  the report reveals physicians are failing to effectively communicate to patients about their patient portal options.

– Over half of patients report that their physician did not follow-up with them after their appointment. Of practices that did follow-up, only 9.1 percent did so through a patient portal.

– The most common follow-up method reported by patients is a phone call (23.5 percent), followed by a letter (12.8 percent), and then an online message through a patient portal (9.1 percent). Emails accounted for just over six percent of reported follow-ups.

– Overall, patients report that the number one way they’d like to schedule appointments is over
the phone. However, patients aged 18-24 prefer to use an online calendar.

– For respondents between 25-34, online calendars and phone scheduling were equally appealing. In every age group 35 and above, patients showed a strong preference for scheduling appointments the phone.

It is recommended that physicians need to invest more time and resources in educating their patients on the availability of patient portals. Creating in-office orientation programs to walk patients through the portal site would likely reduce the large number of uninformed patients. Such programs would likely boost patient portal interaction numbers as well, and help physicians attest for Meaningful Use Stage 2.